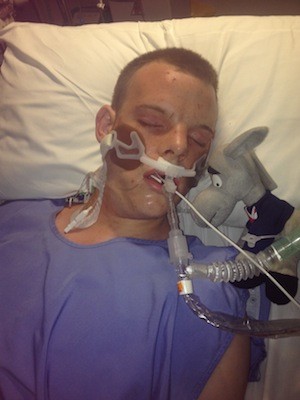 Jimmy died after taking a legal high in 2013.

A woman whose son died after taking a ‘legal high’ has spoken of her horror after finding empty packets of legal highs close to an area where children congregate.

Karen Vandersypen, from Letterkenny, was forced to cradle her son Jimmy in her arms as doctors turned off his life-support machine. 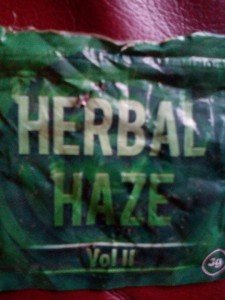 The legal high packet which Jimmy’s mum Karen found in Letterkenny this week.

The 20 year old St Eunans hurler had moved temporarily to Kent in England to care for his cancer-stricken dad Martin in 2013.

He bought the legal high from UK Skunkworks shop in Chatham, Kent, on October 2 and was found collapsed on his bed just hours later.

He regained consciousness after a heart attack but his brain swelled causing bleeding and severe brain damage.

But two years after his death, the reality of drugs in everyday life has come home to haunt Karen.

Karen was out walking her dogs early this week in the Mountaintop area when she came across empty packets of a legal high known as Herbal Haze.

She told Donegal Daily “What I found most alarming about this is the packet was discarded where young children wait for their school bus in the mornings and where they play.

“Had it been found by a child, and children being children could have easily picked it up, the residue from the packet could have hospitalised a child just from the transfer from
hand to mouth. Synthetic cannabis is up to 100 times strong than the drugs.

“I don’t want to even think about what could have happened but something just has to be done to stop these products from coming into our country.”

Legals highs were banned in Ireland in 2010 but they continue to be easily imported from abroad and from Northern Ireland.

Since Jimmy’s death, Karen has campaigned tirelessly across Ireland and abroad to have legal highs banned.

She has spearheaded a billboard campaign in many European countries and even appeared on the Jeremy Kyle television show to speak about her son’s tragic death.

Karen said we need to continue to get the message across that legal highs can kill.

“The problem is still here and will continue to be. County councils need to take a stand on this, we need to get the message into schools and colleges via an education programme, which has been developed. The information needs to get home to parents too.