WATER AND AUSTERITY PROTESTORS TO MARCH ON LETTERKENNY COURTHOUSE 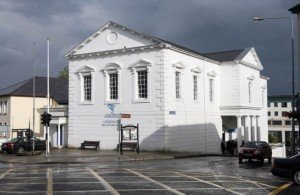 Activists in various campaign groups in Donegal have come together to organise a picket and public meeting of what they say is heavy handed treatment of water and austerity protestors.

The picket will take place on Sunday November 1st and 6pm at the courthouse in Letterkenny.

This event ties in with the many others organized across the State at the same time that day.

There will also be a public meeting on Saturday, November 7th at 8pm in the Station House Hotel in Letterkenny .

Cllr for the Tallaght area in Dublin ,Mick Murphy will be the main speaker.

Of the 27 arrested ,14 are to be charged with offences of violent disorder and criminal damage. The other 13 are being charged with false imprisonment.

“We are organising these events in solidarity with the Jobstown 27, but also with the Crumlin 13 and others throughout the State who have been on what we believe is heavy handed treatment by the State over their participation in the Anti Water Charges Movement.

“It is almost a year since people came out in their thousands in one of the biggest demonstrations Letterkenny has seen for years. This and other protests have had the effect of knocking back the Government on water charges , and giving huge numbers the confidence not to pay,” said a spokesman.