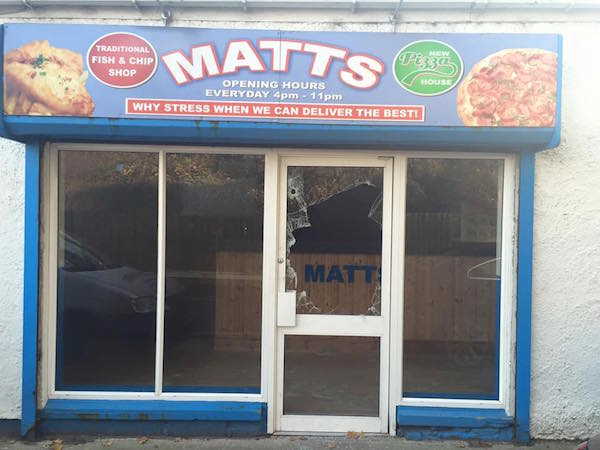 HARPS STAR VOWS TO BEAT BURGLARS AND GET PROMOTION WITH HARPS

The attack on Matt’s Takeaway couldn’t have come at a worse time.

Finn Harps star Mattie Crossan has vowed to put a nightmare attack on his business behind him and concentrate on the biggest game of his career.

The Killea man is counting the cost after burglars broke into his restaurant and caused hundreds of euro in damage. 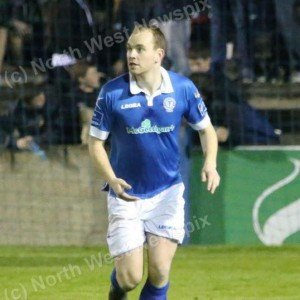 Matt in action for Finn Harps. Pic by Northwest Newspix.

Mattie owns a string of takeaways after working hard along with his family build up the business.

But as he prepares to play in his side’s promotion play-off with Limerick FC, the Killea man says he is trying to concentrate on his football despite his business worries.

Mattie’s takeaway in the village of St Johnston was his latest premises to be hit in the early hours of Sunday morning.

The thieves took his till and also ransacked two slot machines as well as smashing windows in the premises.

“To be honest, it’s a nightmare. I’m trying to concentrate on my
football and this happens.

“My family have been very good to me but you can’t stop thinking about the damage and the cost and when they’ll strike again,” said Mattie.

The footballer’s premises are all close to the border including his diner in Killea which has also been ram-raided. 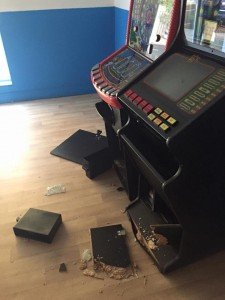 The damage inside Matt’s Takeaway.

“That has been the victim of crime on three different occasions. It was ram-raided, gas cylinders were stolen from it and a van was also stolen form outside it,” he revealed.

Mattie said he spoke to the Gardai who called out to investigate the latest break-in to his premises and she revealed she was the only Garda on duty in the area that night.

“I am not blaming the Garda but how the hell is she supposed to cover
such a wide area which takes in a number of villages?

“The border area is a hotbed for crime. Criminals can just come across
the border, commit crime and then skip back across again.

“The Government needs to take a look at this and give us extra
manpower so this cannot continue to happen,” he said.

Mattie says he hopes his luck will now change on the football pitch.

“I haven’t had much luck off it of late so I’m hoping we can rise to
the occasion, beat Limerick over two legs and be playing in the
Premier Division next season.

“It would help me to forget about my business problems for a while at
least,” he added.