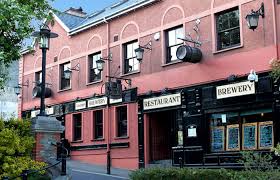 The Brewery Bar in Letterkenny.

EXCLUSIVE: It has been confirmed this evening that well known bar and restaurant “The Brewery” on Letterkenny’s Market Square is now under new ownership, effective immediately.

The sale is understood to have occurred off market.

It’s understood that some strong local business personalities are involved in the new ownership structure and the bar is expecting large numbers over the course of the weekend, as punters attempt to establish the identity of the new owners.

It is understood that the new owners will be on the premises this evening.