HOSPITAL DENIES DIGGER IS BACK ON STANDBY 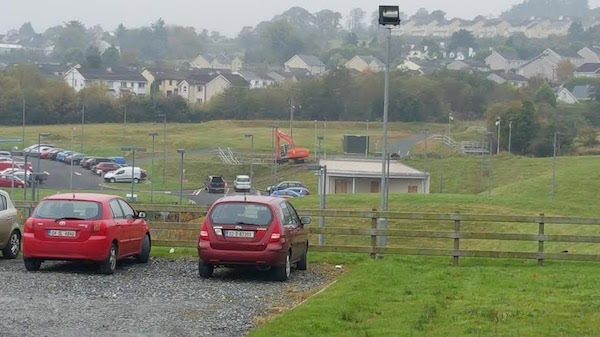 The JCB at work at the hospital in recent days.

A spokesman for Letterkenny General Hospital has denied that a JCB has been put on standby to prevent further flooding.

The JCB digger was spotted close to the entrance to the A@E Department in recent days.

The area was the scene of the two recent floods which caused more than €30M worth of damage to the facility.

The flooding is believed to have been caused when a culvert at the rear of the hospital overflowed and brought thousand of gallons of water gushing into the hospital grounds.

A report on the floods has yet to be made public.

A spokesman for Setanta Communications on behalf of the hospital denied that the JCB was again on standby.

It was revealed earlier this year that the JCB digger was being rented and had been on standby in the event of another flood.

But a Setanta spokesman said the JCB was no longer on standby.