Councillor John Shéamais Ó Fearraigh has blasted Minister Alan Kelly over his response to local concerns over the contents of chemical weapon dumpsites located off the coast of Donegal. 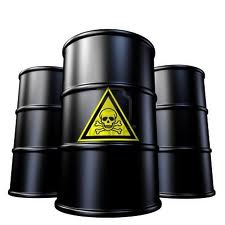 Is there toxic waste dumped off Donegal?

Cllr Ó Fearraigh, who this week received a reply from the Minister after the issue was raised in the Dáil by party colleague Deputy Pearse Doherty, says the Minister’s response shows the complete contempt which he has for the concerns of local people who remain fearful of the contents of these sites.

Cllr Ó Fearraigh said “After this issue was originally brought to my attention by local communities in West Donegal I immediately set about working on it as I wanted to try and allay the fears of local people and get to the bottom of this issue.”

“In early October, I put a motion before Donegal County Council in which I called on the local authority and the Department to investigate these claims that barrels containing potentially toxic material lie dumped off the county’s coast.”

“I also asked Deputy Pearse Doherty to raise the issue with the Minister and a Dáil Question was subsequently tabled asking Minister Kelly to provide details of the action which has been taken to date to ensure that these sites do not pose a serious risk to the public and to the environment and also to ask if he now plans to initiate a report into these sites.”

“The Minister, in his reply, gives no indication that any action neither by him nor indeed by his Department has been carried out to date and he completely ignores the calls made for the commencement of a report to examine the risks which these sites may pose.”

The Sinn Fein councillor said this is simply outrages and shows that this Government has nothing but complete contempt for the people of this county and for their wellbeing.

“Past investigations by intergovernmental organisations and research agencies have confirmed that sites containing such material do in fact exist and have their origins dating back as far as the First World War.”

“A report compiled in 2010 by the OSPAR Commission into past dumping at sea of chemical weapons and munitions, explicitly states that there are five such dumping sites known to exist off the Donegal coast and that each of these locations – worryingly – contain dangerous and potentially lethal chemical substances such as mustard agent and phosphorus which are both strongly mutagenic and carcinogenic.”

“The report confirms that much of what we know about these dumping sites comes from information supplied to Ireland by the various overseas contracted parties and organisations such as NATO, the Royal Society in the UK, the Norwegian Defence Research Establishment and the Scottish Office of Agriculture, the Environment and Fisheries Department.”

“OSPAR’s report also states that the extent of these sites is not known and that there is huge uncertainty surrounding the quantities, type, location and present condition and stability of these dumped materials.”

“This lack of information is exactly why Sinn Féin has called on authorities here to compile a report into these sites and to better our understanding as to the true extent of this problem.”

“It has been confirmed that most discoveries of these materials found within the OSPAR maritime area have been made by fishermen and that injuries have occurred in the past when fishermen came into contact with dumped substances while out at sea.”

“These sites, for all that we know, could potentially be toxic ticking time bombs. Are the Government happy to simply wait until such time as we see someone seriously injured or possibly killed before they will act?

“I would urge anyone who should encounter such materials either while at sea or washed up on our coast to report such incidences to the Irish Navy and the Irish Coast Guard.”