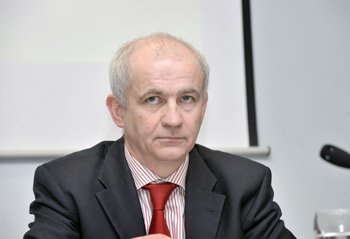 THE President of the Irish Farmers Association has quit tonight.

Eddie Downey was facing pressure over his salary and how he oversaw a massive €535,000 a year salary to secretary general Pat Smith.

Smith quit two days ago – and Downey agreed a €2M pay-off for him.

Mr Downey was paid €147,000 a year but was also in receipt of another €52,000 in director fees for the FBD insurance company – which the IFA has a stake in – and was paid for taking the IFA position on the board of Bord Bia.

A meeting of the IFA Executive Council at the association’s headquarters today was earlier told that the severance package for Mr Smith is worth €2m.

The IFA says is to challenge the package in court.

Farmers up and down the country are now demanding to know what other IFA officials get.

Mr Downey said leaving the IFA after 25 years was a very difficult decision.

However he said his record would speak for itself.