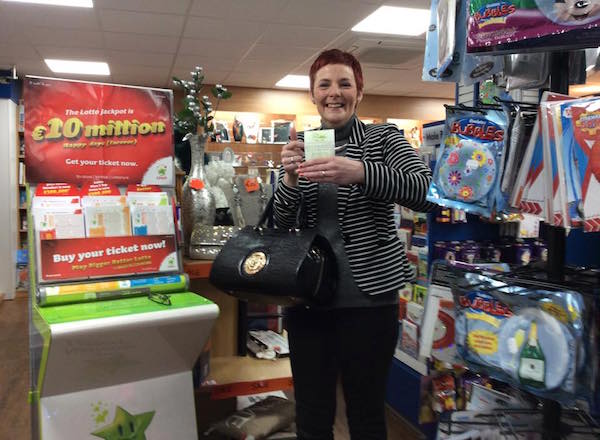 DELIGHTED DONEGAL FAMILY REVEAL HOW THEY WON €500,000 ON €6 LOTTO TICKET

The Donegal family who won €500k in last week’s Euromillions draw have come forward – and collected their winnings in Dublin today.

The family, who wish to remain anonymous, have played the Euromillions every week for the last 11 years and finally saw their numbers come up, thanks to the Quick Pick ticket.

“We won’t have to worry about the next bill,” said the family in a statement issued by National Lottery HQ today.

Lotto fever has broken out across the county today as tonight’s Lotto jackpot tops €12 MILLION!

And some lottery machines have broken down because of the rush to play the game.

Another big winner in Dublin today was a man who picked up prize of €129,700, his Match 5 plus Bonus Lotto prize, from the Lotto draw on Wednesday 23 December 2015.

He purchased his ticket in Mulveys House of Gifts, Main Street, Carrick on Shannon, Leitrim on the day of the draw; the ticket was a €12.50 Quick Pick.