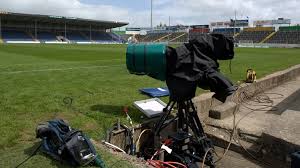 The broadcaster has also announced that it will show deferred coverage of Donegal’s clash with Cork – which will be played at Fr. Tierney Park, Ballyshannon on Sunday, 7th February.

Donegal being their League campaign next weekend against Down in Newry, and that game will also be shown live on Setanta Sports.

Donegal’s clash against Dublin at Croke Park will also be screened live by Setanta Sports on March 26th.

Donegal have been boosted by the return of Rory Kavanagh and he may play a part next Saturday in Newry.

However, with the commencement of the league now almost here – Donegal’s side should have a more familiar look to it.

Jack O’Brien, Stephen McBrearty and Michael Carroll all performed well in the Dr McKenna Cup and will all be pushing for game time against Down next weekend.