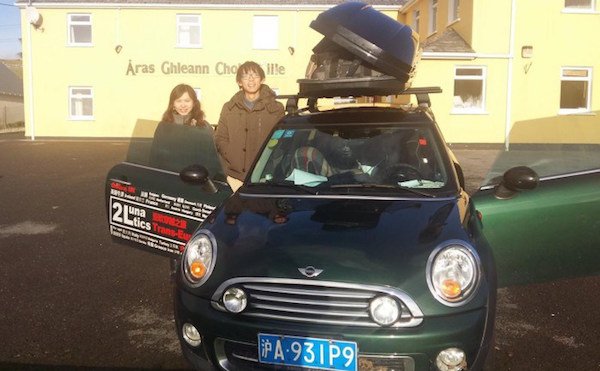 FROM CHINA TO DONEGAL – IN A MINI COOPER!

A mini adventure from China to Donegal!

They had arrived at their intended destination – beautiful Glencolmcille, with it’s majestic cliffs, hidden coves and famous traditional culture. This is not a particularly unusual occurrence; Áras Ghleann Cholm Cille attracts visitors from all over of the world, right throughout the year.

But this wasn’t any ordinary arrival. The self-styled ‘Two Lunatics’ from China had made the 16,558 kilometer trip from Shanghai to Donegal in a Mini Cooper!

Now local man Roger Holmes on his hugely popular blog – The Paris Method -has tracked them down.