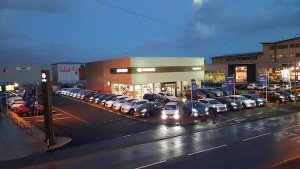 Figures released by dealers show 1,12o new cars were sold in the county in January – an increase of 49.6 per cent on January 2016.

The most popular car in the county last month was the Hyundai Tuscon sold by Diver’s Garage in Letterkenny with more than three sold from the dealership every day it was open in January.

The Donegal sales was worth more than €8 million in revenue taxes through VAT and VRT to the State.