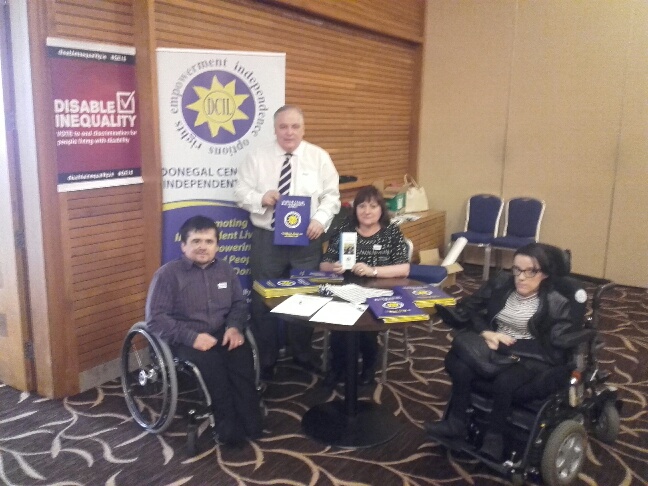 Frank McBrearty feels as a society we need to do more for people with disabilities.

POLITICS: Independent candidate in the forthcoming General Election Frank McBrearty has criticized the Government for abandoning The National Disability Strategy.

A critical McBrearty also said that was a society we’re failing people with disabilities and more needs to be done.

Cllr Mc Brearty told Donegal Daily, “The National Disability Strategy which has been abandoned by the current Government should have been put in place two governments ago.

“In my opinion, this should have always been implemented. Under article 40 of the constitution, every single citizen, regardless of ability, has the same rights as everyone else.”

In his review of the National Disability Strategy Implementation Plan (NDSIP ) 2013 – 2015, John Dolan Chief Executive of Disability Federation of Ireland stated that, “Since the Plan was published in July 2013, there has been little measurable progress, and that the process is not working as it was intended.”

Dolan added, “The lack of commitment to support the implementation of the NDSIP symptomatic of the clear lack of ambition to date by the Government to ensure that people with disabilities can fully participate across all areas of public life and in the community.”

Cllr Mc Brearty also feels that the lack of support for people with disabilities can be seen in commitment demonstrated for other mainstream policies, for example, the Action Plan for Jobs.

Cllr Mc Brearty continued, “As a society we are not doing enough. Every employer should be looking at this. It should be national criteria.

“It’s all about pushing the right legislation and pushing government on the issue. It’s not about employment of less abled as a policy it’s about integration and wiping away prejudice.

“There will be development of a new NDSIP plan to cover the 2016 to 2019 period but without full commitment and additional resources from government people with disabilities, their families and carers will be once again marginalized.