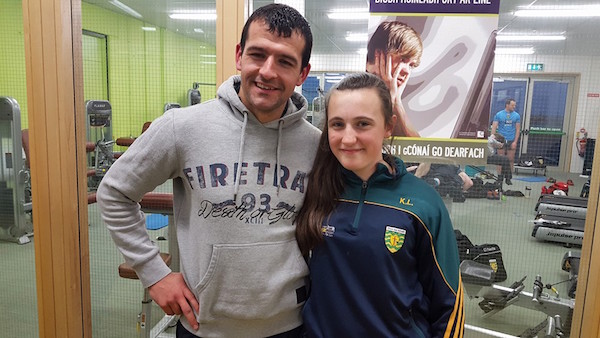 FOUR county teams are in action for Donegal this weekend with the Senior Ladies hosting Cavan at Four Masters GAA club on Sunday.

The Lidl Division 2 clash is an opportunity for Micheal Naughton’s team to make it seven wins from seven in their final game of this part of the league.

Promotion to Division 1 next season is the aim – but the League format unfortunately means that winning it doesn’t guarantee promotion.

Instead the top four go into semi-final play-offs and the Donegal ladies will have to go through that process and win to sit at the top table in 2017.

The game at Tir Conaill Park throws in at 2pm.

Underage county teams are also in action this weekend.

The U16 development team are in action on Saturday.

They face Antrim in Buncrana with a 3pm throw-in (note the venue has been changed from Killybegs).

The girls had a good win away to Armagh in Crossmaglen last week and will be aiming to make it three wins from three, having already defeated Cavan.

The two U14 teams are also in action – this time on Sunday.

The U14 Championship team travels to Killyclogher, Omagh, for an important clash with Tyrone in the Ulster Championship (3pm). Both sides won their opening games, Donegal defeating Derry and Tyrone getting the better of Armagh.

The U14 league development team are also on their travels. They head to Newry to face Down at 1.30pm on Sunday.