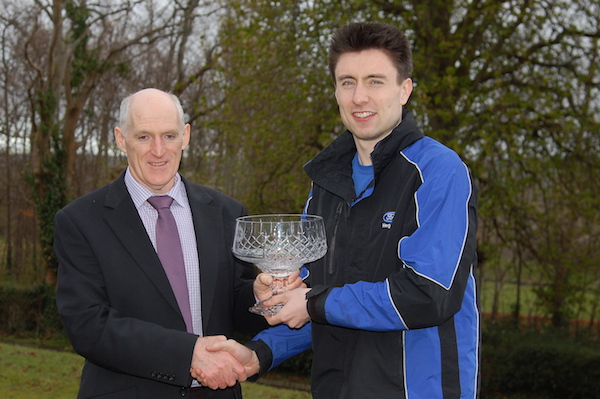 ENGLISH FINALLY GETS HIS HANDS ON SPORTSTAR AWARD

The formal presentation was made to Mark on Saturday in Letterkenny as he had been unable to attend the 40th awards function in the Mount Errigal Hotel at the end of January.

He became the first person to win the overall award in successive years and is only the fourth Donegal sports person to be honoured twice after Billy Bourne (weightlifting 1990, 1991) Sharon Foley (1989, 1993) and Sinead Jennings (2001, 2006)