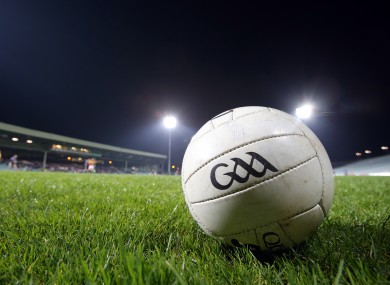 The club held a hugely successful child protection course in the clubhouse this week.

More than 20 members of the club signed up for the course.

The course was given by Michael McMenamin whom the club would like to thank for his time and experience.

Such courses are a must for ALL adults helping out at any level at the club or who have any kind of interaction with juveniles.

Anybody wishing to complete such a course should contact the club and they will be informed when and where the next course will be held.

The Ladies senior team had a good win at home on Sunday 10th. They beat Mac Cumhaills 2-11 to 0-3 points. Their next game is on 17th April against Termon.

The Under 14 game was postponed last weekend as County U14’s were playing. Their next game is this Sunday against Naomh Mhuire. Training continues Monday evenings at the training pitch 6-7.15.

Reserves and seniors in action

The reserve team play Kilcar this Sunday at 1.30pm while the Seniors play Kilcar with a throw-in time of 3.00pm with both games in Glenswilly.

The U14 boys had an enjoyable league outing away to Buncrana on Monday night last and were unlucky to be beaten after a very close game. Their final game sees them play neighbours St Eunans next Monday.

The Minors play Cloughaneely away on Wednesday night at 6.30pm sharp and extra time will be played if necessary.

As there is a shortage of referees within the county, the referee’s board are hoping to hold beginners course’s again in the next couple of weeks with venues and dates to be confirmed. Anyone interested in taking part in the course contact Aisling McDaid 0861612681.

The 3rd Team start their season this Saturday the 16th April at home 6.00pm against McCumhaills. Best of luck to the lads.

The bingo continues in the hall each Wednesday night starting at 9pm with great cash prizes to be won.

The winner of last week’s club lotto was Mary McDaid from Station House, Foxhall. Mary matched three numbers. The winning numbers were 2,11,21 and 23. The lottos are available at all local outlets.

If would like anything in the club notes, please email them to stephenwmaguire@gmail.com on Monday night. Thanks.