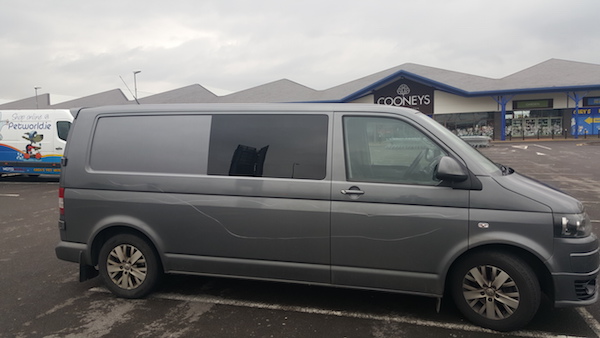 BUSINESSMAN HAS VAN ATTACKED AFTER HIGHLIGHTING ISSUE OF SHOPLIFTING

Mr Cooney’s VW Transporter van after it was attacked today.

A businessman who highlighted a spate of shoplifting at his store has had his personal van attacked in what he believes is a reprisal for raising the issue.

Letterkenny businessman Gary Cooney told Donegal Daily how theft at his store, Cooney’s Home and Garden, is costing him thousands of euro each week.

Mr Cooney also revealed how he is posting pictures of incidents on his store’s Facebook page which he believes are connected to the alleged thefts.

Now Mr Cooney has revealed how his Volkswagen Transporter van was attacked today causing hundreds of euro in damage.

The van, which was parked outside his store, had a number of deep scrapes scored all over it. 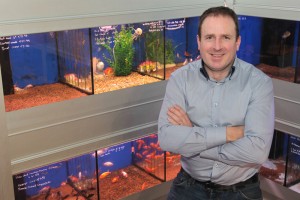 Businessman Gary Cooney is losing a small fortune each week through shoplifting.

The businessman told Donegal Daily “I am one hundred per cent convinced that this is directly related to the issue of me highlighting shoplifting at my store. I have no doubt about it.”

Mr Cooney has now contacted the Gardai to report the issue and has vowed to continue to highlight the issue.

He previously revealed how many multi-nationals in the area were taking a “hit’ on stolen goods but he simply could not turn a blind eye to it.

Mr Cooney, who has an elaborate CCTV system installed in his store, employs around 40 people.

He said the rate of shoplifting at the store at Letterkenny Retail Park, is having a major effect on his business.