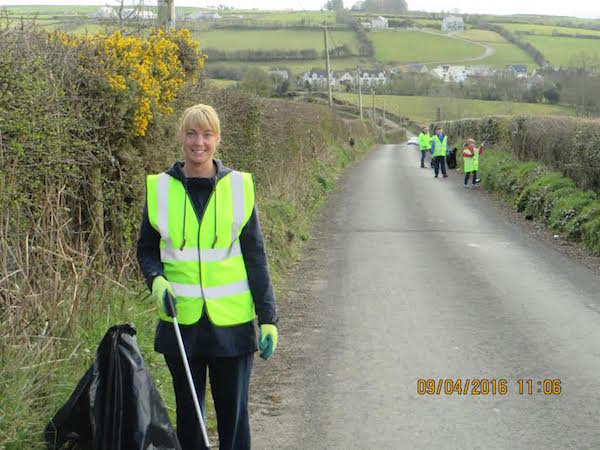 TIME TO HAIL THE HEROES OF THE BIG DONEGAL CLEAN-UP

PEOPLE who litter are the lowest of the low – horrible individuals who think it’s ok to destroy our countryside, villages and towns.

But for every litter lout there’s a whole load of heroes; the men, women and children who are prepared to go out and clean-up after the louts, supported by a superb Donegal County Council initiative.

‘Littering Picking in Progress’ signs, hi-vis vests, litter pickers and bin bags have been a common sight on many of the county’s roads over the last few weeks. With people all over the county rolling up their sleeves and getting to work, it is clear to see that the #BigDonegalCleanup is well underway.

“We have had a very busy few weeks with people contacting us about doing clean-ups and we are delighted with this response and to be able to support and assist them. Our Litter Wardens are in daily contact with individuals and groups and it is great to see the sense of pride and community spirit that stills exists in every part of the county”.

More than 300 people took part in last Saturday’s clean-up in the Twin Towns which was organised by the Ballybofey & Stranorlar Tidy Towns & B.A.S.I.C.C groups.

It was a fabulous community response and the results can be seen in Ballybofey & Stranorlar and the surrounding areas.

Bernie Crowley from Ballybofey & Stranorlar Tidy Towns believes that “this is a great start and we want to build on this for the rest of the year and into the future and a special word of thanks goes to those who helped to collect the bags on Saturday afternoon”.

“Keeping the towns and surrounding area clean includes keeping litter under control, but also addressing issues like the upkeep of buildings, open spaces and the river frontage. During the year this will be the focus of other work and we are asking for continued support and help to keep the towns tidy”.

Convoy is cleaner due to the great efforts of 65 volunteers who over 2 weekends collected litter filling an unbelievable 4 skips. Well done to all involved and special thanks to the Convoy Community and Environment Committee for their work.

The Big Inishowen Clean up took place last Saturday 9th April and saw local people, clubs and groups pick up litter in their own local areas. Pearse McCrory, Litter Warden with the Council has commended the local people from various towns, villages and rural areas across Inishowen for their tremendous work over the weekend.

“Our mobile Litter Unit picked up over 2 tonnes of waste over the weekend and this does not include the waste collected in Buncrana and Carndonagh. It was great to see such strong community spirit and the sense of pride that people have in their own areas”.

On Saturday 23 April there will be a clean-up in Carrowmena and anyone interested in helping out should contact the Community Centre.

Extensive community clean ups have taken place in the past week throughout the Letterkenny Municipal District and Litter Warden Martin Roarty has commended the great work done by individuals and groups in this area.

“The work done by individuals and groups throughout the district this year has been tremendous. Clean-ups have taken place in Glenvar, organised by Teresa Mc Closkey, Drumhalla, organised by James Kelly, Glenmaquin, organised by Linda Laird and Paul Dolan and in the Trentagh area by Mrs Primrose Rankin and her grandchildren”.

“Several other resident associations and individuals within the Letterkenny area have also carried out small clean ups and these have been supported by Donegal County Council by way of supplying materials and arranging the collection of bags.

“The Letterkenny Tidy Towns committee launched their 31st Annual Cleaner Community Campaign on Monday 11th April, and this will see groups and individuals organising clean-ups in various parts of the town.

“Outside Letterkenny there are some big clean ups planned for this week-end coming with a major clean up in the Fanad area organised by Clodagh Walsh and Tracey McBride. The Loughside Community Group just outside Letterkenny have also planned to do a clean up on Saturday 16th April and on Saturday 23rd April a major clean up takes place in the Downings area organised by Susan Mc Bride, so all in all a very busy time for community clean ups in this area”.

There are ongoing clean-ups taking place throughout the Glenties Municipal District including in Dungloe, Dore Beaga and Burtonport and plans are already well underway for a big clean up day in Dunfanaghy on Sunday April 17th and in Creeslough on Friday 22nd April. And hundreds of volunteers will be out in Donegal Town during April doing their bit for the Big Donegal Clean Up.

The Big Donegal Clean-up is run by Donegal County Council in conjunction with An Taisce’s National Spring Clean and takes place throughout the month of April. Now an established part of the Council’s community calendar, the event gathers momentum each year with more and more people getting involved. Litter pickers, gloves, high-viz vests and bags are provided to groups who register and the resulting rubbish is collected by the Council.

If you want to get involved or organise a clean-up in your area contact the Council on 074 91 53900 or email suzannebogan@donegalcoco.ie 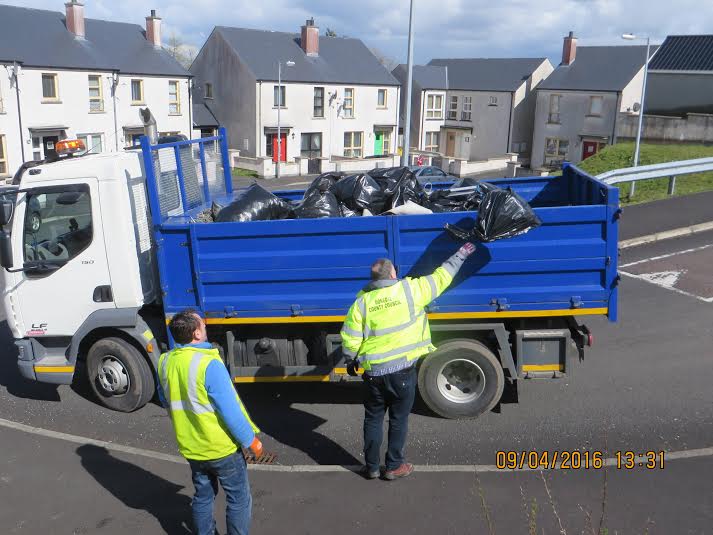 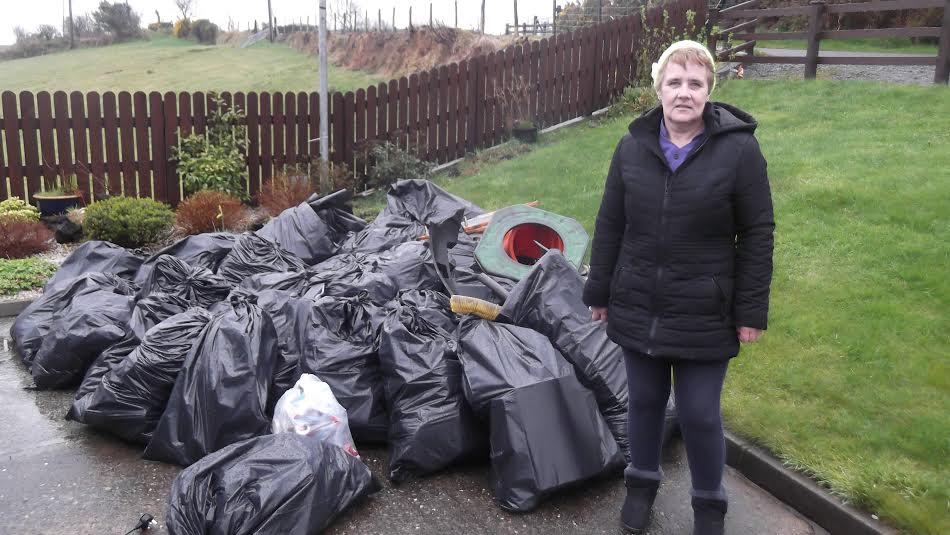