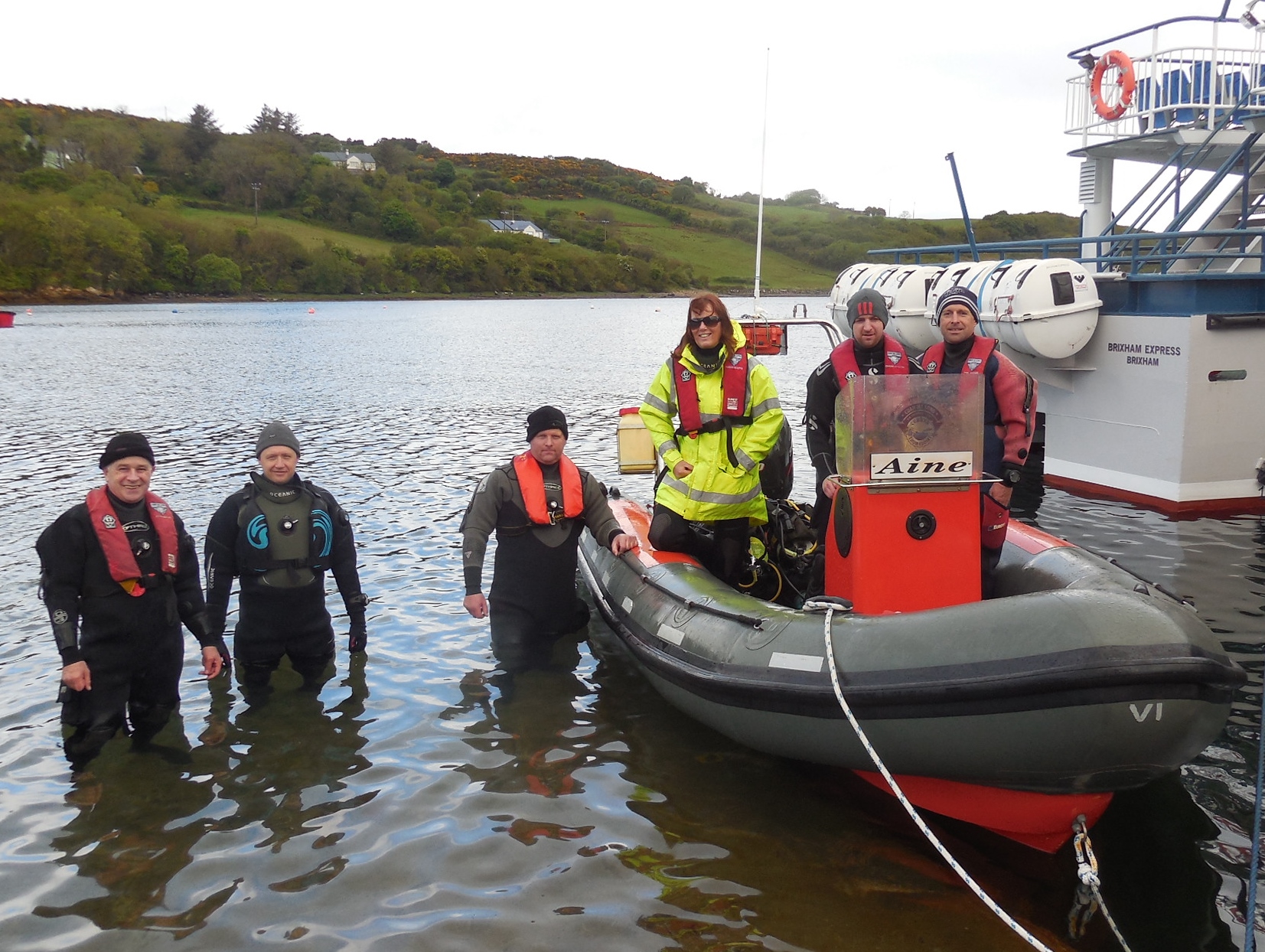 written by Stephen Maguire May 24, 2016
FacebookTweetLinkedInPrint 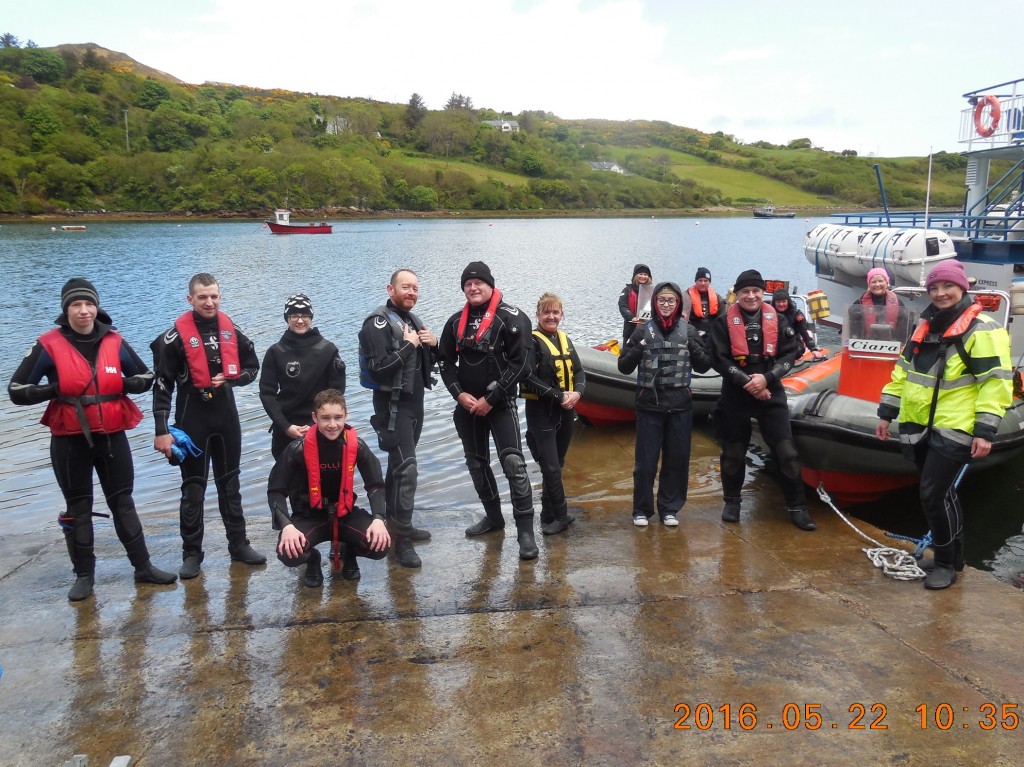 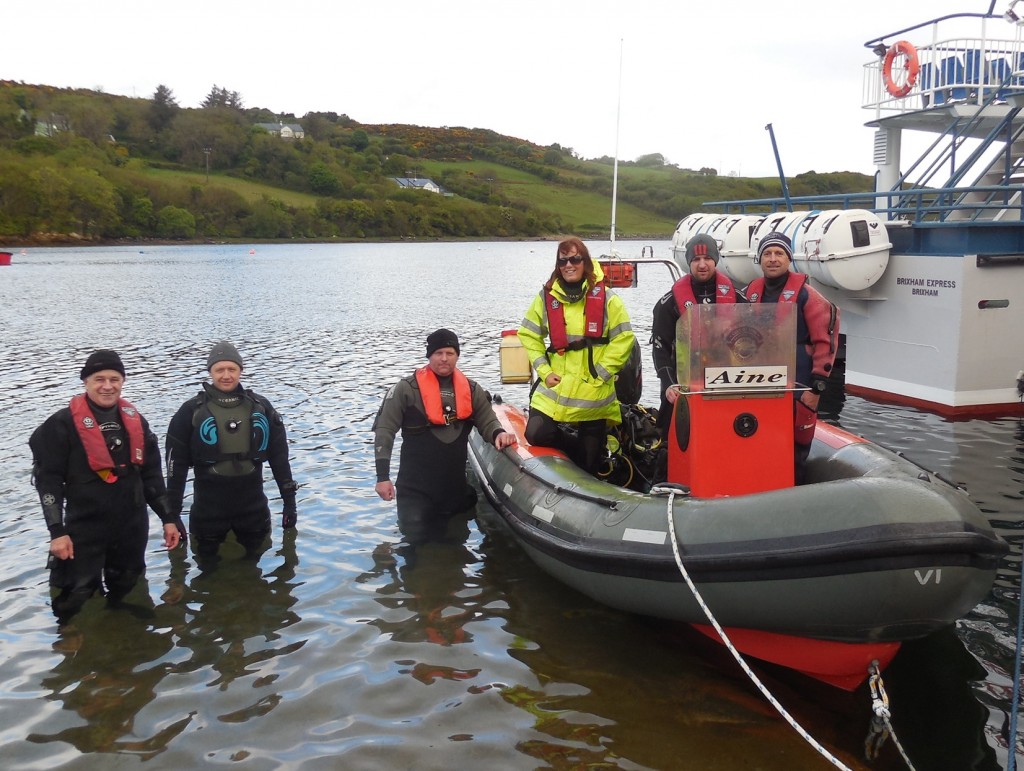 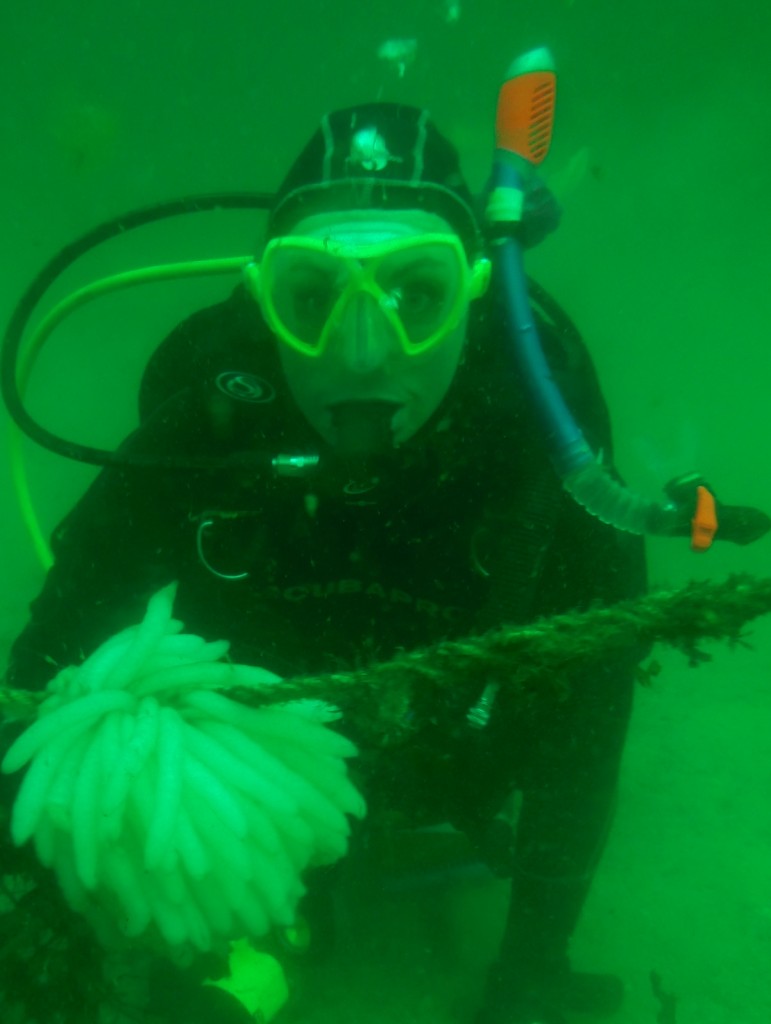 Sheephaven divers had some super diving over the last week, with the first Wednesday evening dive of the year, followed on Saturday with a dive on the Frenchman’s Rock and finished off on Sunday with a trainee dive at Melmore Head.

The Wednesday evening dive was conducted as a shore dive in PortnaBlagh Harbour and despite the relatively poor in-water visibility everyone involved had a great run out, thanks to Hugo Mc Fadden who led the dive party on a fine summers evening.

Saturday morning’s dive was another first for the year when a Kevin Boylan led boat party conducted a two stick dive on the Frenchman’s Rock. Sea conditions on-site were just about acceptable with a one metre swelling coming in from the west.

Dive times of up to 40 minutes were recorded for the 28 metre dive, with water temperature continuing to rise to a reasonably comfortable 10 degrees Celsius; in-water visibility at 28 metres was fairly good at about 5 metres horizontally.

On-site the remains of the wreck of the Gaelic have been heavily scoured over the winter and much more apparent than in previous years. Marine life was abundant with plenty of big fish life present, including large Pollock, Ballan and Cuckoo Wrasse, Conger Eels and a number of Ling.

It would appear that the effects of the winter storms have also taken their toll on the ruins on Melmore Head that overlooks the dive site, which appear to have reduced in size somewhat since last year. The ruins are all that is left at this location of one of a ring of 12 signal towers that was built around Donegal coast between 1804 and 1806.

They were built in response to the series of French invasions along the Irish coast in 1798, but by 1805 the French invasion threat had diminished and the towers were subsequently abandoned by 1809.

Each of the towers was in line of sight of two others and in the case of Melmore Head there are companion towers on Horn Head to the west and Fanad Head to the east. This allowed for flag signals to pass quickly along the coast in the event of another French fleet arriving along the Irish coast.

The design of each of the two story towers followed a similar pattern consisting of a building 9m tall and a floor area of 4.5m x 4.5m, with the walls at 0.6m thick. The door was accessed by ladder, which could be pulled up in the event of an attack, while over the door and each corner there were protruding machicolations, which allowed the troops present defend the tower in the event of attack. Unfortunately the tower at Melmore Head is now a total ruin and appears to have suffered particularly badly last winter.

On Sunday the sea had calmed down from Saturday morning but the big Spring tide had left a strong current running at the headland. Nonetheless some of the dive party got onto the headland cave and chimney, while the rest followed the curve of the bay back towards Reveney Island.

Dive times of up to 40 minutes were recorded to depths of over 25 metres, with water visibility at between 3 and 5 metres due to a significant plankton bloom in the area and there was plenty of large fish around including a decent shoal of juvenile Pollock. Thanks once again to all the dive leaders over the week and to the club members who towed boats and filled bottles, as always many hands makes for light work.