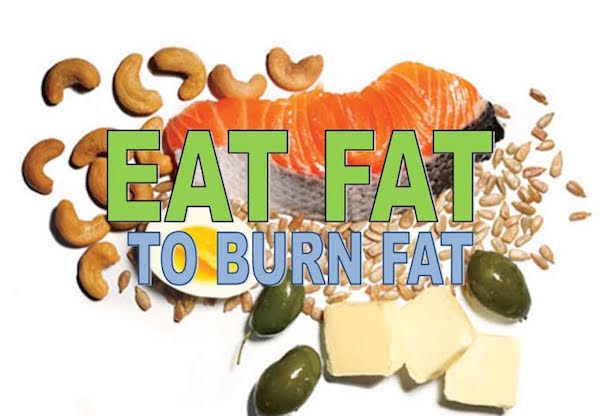 written by John2 May 28, 2016
FacebookTweetLinkedInPrint

“Eat more FAT to stay HEALTHY: Food experts at war over new advice on nation’s diet”
This was a headline from the Daily Express during the week.

But they have angered the health establishment which has called them ‘irresponsible’ despite the report having the support of an international coalition of doctors, dieticians, nutritionists, sports scientists and activists.

The National Obesity Forum said it was time to ‘bring back the fat’ with ‘real food’, like steak, eggs, butter and full-fat milk.

It’s great that the message is finally starting to filter through that fat isn’t bad.

For years we were told to avoid it as it would make us fat and that low fat alternatives were the way to go.

As with anything, extreme behaviours are never good, but thankfully, the “low-fat” era seems to finally be over.

The report gathered together dozens of pieces of research that shatter the myth that ‘low fat’ is good.  In the wake of this, the report’s authors also called for an urgent overhaul of dietary advice.

However, the doctors and scientists that were championing these messages seem to have missed the point when they were reading the research and making their findings.

Instead of a low fat diet, they are now suggesting a diet that is calling for people to eat more fat, cut out carbs and ignore calories.

Have they just gone from one extreme to the next?

If we look at fat as a macronutrient, it actually has the most calories per gram.  (9kcals per gram as opposed to protein and carbohydrates which both have 4kcals per gram.)

If we look at fat dense foods, we find that they are usually foods where you can get large amounts of fat and calories from a small portion of these foods.
• Butter
• Nuts
• Oils
• Seeds

These are all foods where a small serving can have huge amounts of calories.
Their advice that if you cut carbs, increase your fat levels and ignore calories is misleading at best.

If you cut your carbohydrates, you will lose weight.   After all, you are removing a macronutrient and an entire selection of foods from your diet.  Carbohydrates also retain water and glycogen stores in your muscles, so whenever you lower or remove them you will get an initial drop in weight as your body ‘dumps’ water.

However, if you were to fill in the carbohydrates with increasing fats and you didn’t keep your calories in check, it would be very easy to put yourself into a calorie surplus and wonder why your weight loss has stalled.

Professor John Wass, the Royal College of Physicians’ special adviser on obesity, agrees with this sentiment.

He said:  ”What is needed is a balanced diet, regular physical activity and a normal healthy weight. To quote selective studies risks misleading the public. International health organisations agree that obesity is caused by too many calories.”

When it comes to diets, everything works.

You could talk to 100 people and you would probably get 100 conflicting reports on what works and what doesn’t.

The 2 main things you will find with all successful diets are a calories deficit and consistency.

The reason we are in an obesity epidemic at the moment is because both these things are not being met.

People are eating without regard to their own health or their family’s health.

We are so far removed from what actual food is, whenever people are asked to eat real food, when they begin a diet, they protest:
• Normal food has no taste.
• It’s bland and boring.
• I don’t eat vegetables
• I don’t like this or that.

We have become so used to the taste of processed foods, that are highly flavoured and high in calories, that we don’t know what real food tastes like anymore, so we tell ourselves that we don’t like it before we try it.

Eat a balanced diet where the majority of it is made up of whole food that you like and you can allow for some fun stuff when the occasion arises.

Add in some exercise to keep yourself healthy and active, again, make it something you enjoy.

Just don’t eat huge amounts of them all at once, and have protein with every meal.

There will always be conflicting advice on nutrition and you can be sure that if the media is championing something, it’s probably for their own benefit.  #TrainSmart