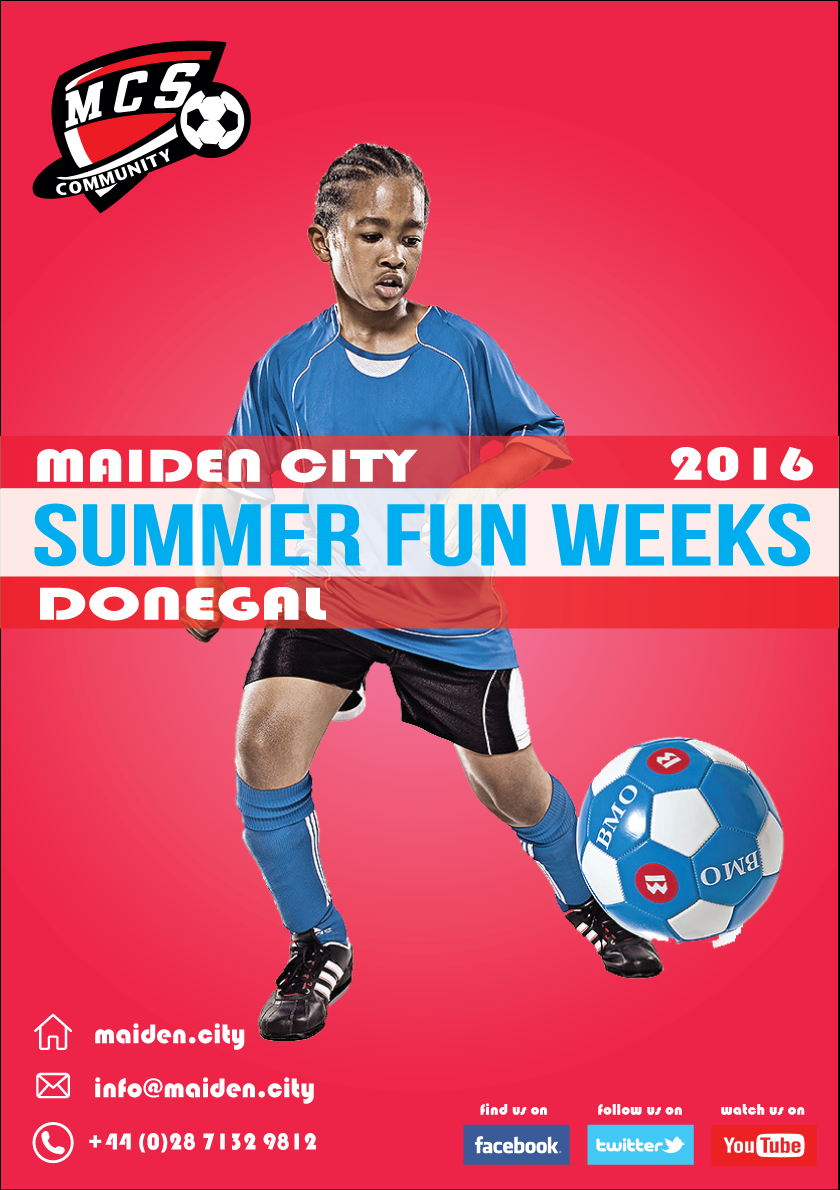 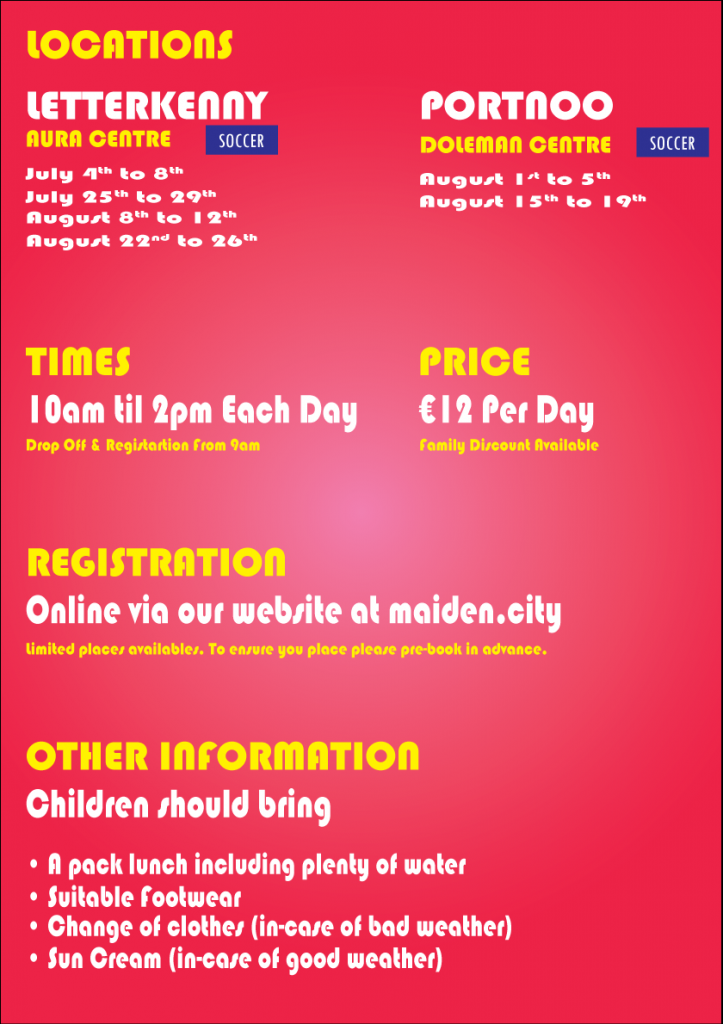 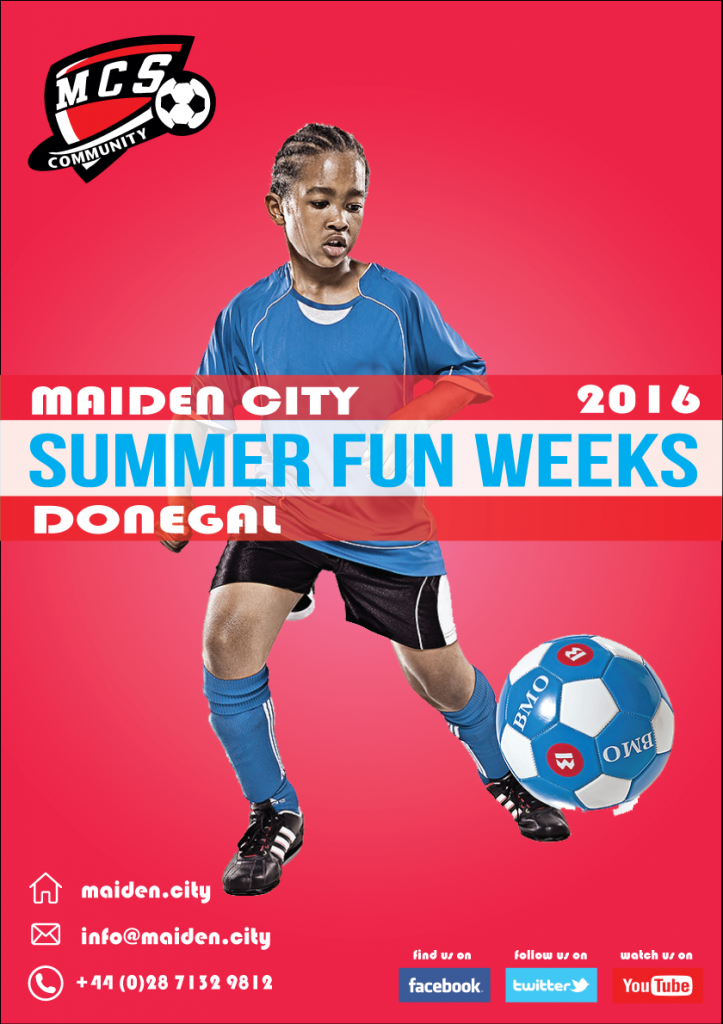 The duo have been responsible in the development of Premier League players Darren Gibson and Eunan O’Kane.

Shane Ferguson, who started for Northen Ireland against Poland on Sunday, is also a product of Maiden City Academy.

The Academy is based in Derry, but they’re bringing their Football Summer Camps to the AURA Leisure Centre, Letterkenny and Portnoo this summer!

Maiden City Academy will host SIX summer camps in July and August across the two venues.

They will host camps at the AURA on July 4th-8th and again on July 25th-29th.

They will then host camps at The Doleman Centre, Portnoo on August 1st -5th and again on August 15th-19th.

While they will also return to the AURA in August and have another two camps on August 8th-12th and August 22nd-26th.

The cost is just €12 a-day, and kids will be exposed to top-class coaching from some of the best coaches in Ireland with a proven track record of developing technically gifted players in a fun based environment.