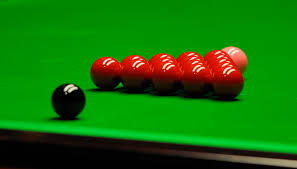 SNOOKER: Last weekend two players from the Northwest snooker club were competing  in Llanelli, Wales at the Celtic challenge with the Irish team.

Sean Devenney(Letterkenny) and Ronan Whyte(Ardara) were part of the Six man U16 team along with six players also on the U14 team.

Team Ireland won a close first Session 13-11, but in the next two sessions they played some great snooker to go in at the halfway point leading 47-25.

After the break they had another close match again winning 13-11 and at this stage  they only needed to win the fifth session by one point to take the title but they produced a match winning performance and won 15-9 and lead 75-45 and there was no way back for Wales, but had some consolation in winning the last session 14-10 but it was team Ireland who romped home 85-59 to take the title home to Irish soil again for the second time in three years. Ronan won 2, drew 2 and lost 2.

Sean won 3, drew 2 and lost one and also took the highest break with a 68. Both players were playing in their last Celtic challenge as both are over age next year but both are busy on the practise table again preparing for the home Internationals in August over in Leeds.

They would also like to thank their sponsors the Tin Tai Restaurant Letterkenny and Gallagher’s Bakery Ardara for there continued support.