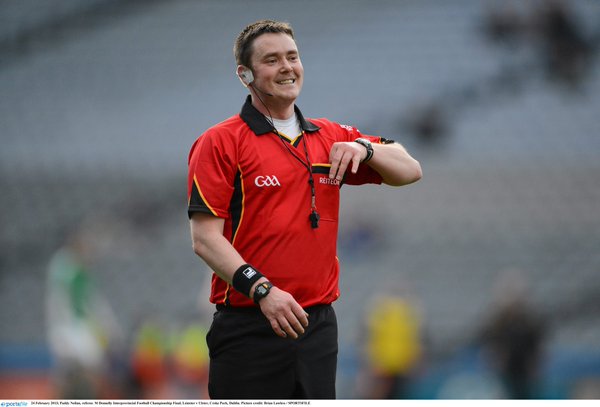 COUNTDOWN TO CROKER: The match official for Donegal’s All-Ireland qualifier with Cork at Croke Park has been named.

Roscommon’s Paddy Neilan will be the man in the middle as Donegal look to book their place in the All-Ireland quarter-finals.

David Coldrick was the referee in Donegal’s last game, which was their Ulster SFC defeat to Tyrone. 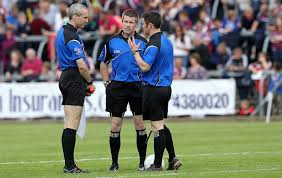 Many Donegal fans were unhappy with his performance – and felt he gave Tyrone a number of soft frees in the second-half.

Some suggested he was trying to make amends for the two black cards he dished out to Tyrone in the first-half.

Donegal will be hoping Paddy Neilan can deliver a strong performance in what will undoubtedly be a physical encounter on Saturday evening.

Donegal face Cork at 4pm – while SP Barrett’s also takes his minor side into battle with the men from the Rebel County.

Mayo and Westmeath face off at 6pm.