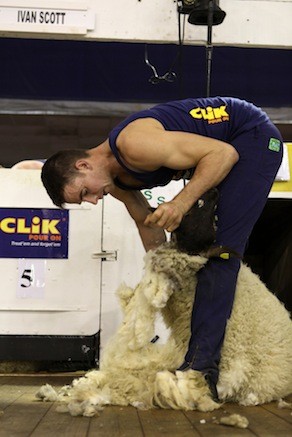 Ivan began shearing on Sunday morning and completed five rounds of sheep shearing throughout the day.

During the various rounds his stamina remained high and he kept a consistently quick pace.

In order to beat King’s record, he had to shear 97 sheep per hour, meaning he had just over thirty seconds per sheep.

Ivan is no stranger to competitive sheep shearing, having smashed the Irish record in June. He fleeced 820 Irish ewes in nine hours in Mayo, beating the previous record of 483 held by Wexford man, George Graham in 1997.

Ivan is the son of Robin and Greta Scott who follow his record breaking career with pride.