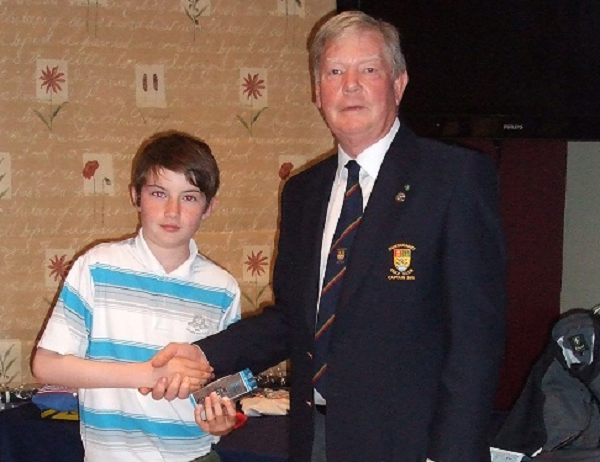 The second half of open week resumed on Wednesday this week with the open singles Stableford sponsored by Tenants.

After a stern talking to by his son James Jr, for his lack of practice, James Sweeney senior spent some time on the practice area before returning a great score of 43 points to win narrowly on BOT from Gary McGrath. Michael Wilson won the gross with a fabulous score of two under par (38 points). Graham Cummings was third with his second score in the 40s this week. Paul Smith was fourth on 39 points while James Sweeney junior (pictured above with Captain Denis Martin) kept it in the family by winning the junior prize on 40 points.

In the mixed foursomes on Thursday, 28 July, sponsored by Joe Kelly/John McGlynn wholesalers, we had an incredibly closely fought contest with the first three teams all coming in with scores on 63.5. After a close analysis of the cards by the competition’s secretary, it was John McClafferty and Orla Gallagher who came out on top. Peter and Mary Wilson were second while John and Cheryl Chambers were third. 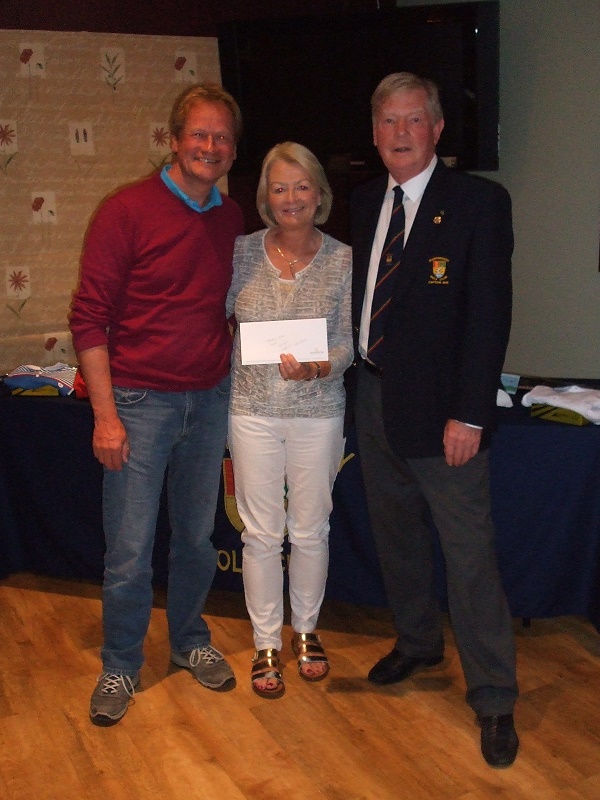 Congratulations and well done to our Lady Captain Mary Lafferty for organising the Charity Classic Waltz in aid of Crumlin Children’s Hospital on Friday the 29th July. The event was a great success with over 40 teams taking part. This is a very worthy cause and Mary deserves great credit for all the work she put into the event. The winners were P Bonner, E Gallagher, M Dunne and J McGinley.

The big event of the weekend was the Sigma Wireless Open Stroke Competition on Saturday the 30th July. It was great to see Mick McGinley at the presentation where he spoke fondly about his long association with the club, going back to his days when he and his fellow caddies used to play football on the 18th fairway! The winner of the competition was Mark McGinley with a terrific score of 61 net. Second was Nigel Doherty with 62 while Eamon McGrath was third also with a score of 62 net. Daniel Daly, playing off 1 won the gross, going around the course in 66 shots! 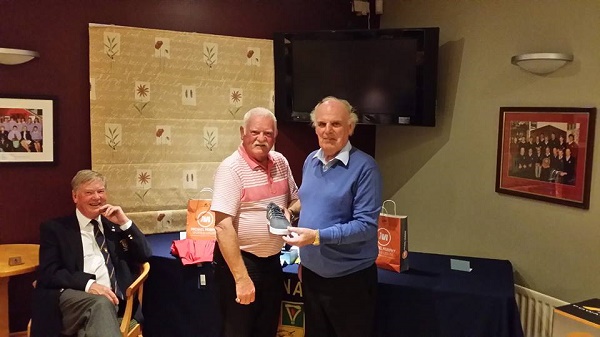 The Sunday Open 3BBB Sponsored by Lynas Food Services/Kerr’s Butchers, was dominated by the Shields boys, Dermot, Ryan and Raymond who won by an impressive three shots from Joe Terry, Cornie McMullen and Liam McBride.

That concluded the events of Open Week. The club would like to thank all the sponsors who provided some fantastic prizes for the various competitions during the week. Thanks also to the organisers within the club without whom these events could not take place.

Junior Golf
This weekend saw the staging of the final of the inaugural Paul McGinley Junior Challenge Cup between Max McGreevy and Conor Hanna. It turned out to be a very closely fought match but it was Max McGreevy who eventually came out on top after it took two extra play off holes to separate the boys. Well done to Max and to all those who took part in the competition.

In the senior boys competition, we had a new winner with Oisin Randals winning with a great score of 40 points. Second was James Marriott on 37 points with Ben Smyth in third on 36 points.
In the Juveniles section David Daly was the clear winner with Michael Dolan in second. Stanley Wilson had a narrow win over brother Alfie in the Cadets section. Tadhg Burke won shot of the day when he very nearly had a hole in one on the 17th.

Sisters Aimee and Emma Bonar were first and second in the girls division with Una Burke and Louisa Smyth in joint third.