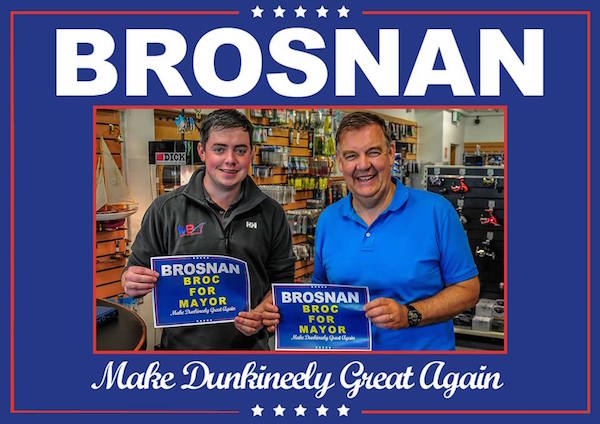 A young man seeking to become the next Mayor of Dunkineely has enlisted the backing of RTE newscaster Brian Dobbo Dobson.

Emmet ‘Broc’ Brosnan is a well-known face in the local community in the south-west Donegal community.

But now that he has enlisted the A grader newsman onto his team, Broc could well be headed for bigger things.

Of course, the blatant backing of Brosnan means that Broc will be unable to conduct any interviews for the Six One news during his campaign.

But this boy is going straight to the top.

Don’t rule out him running for Donegal County Council next!