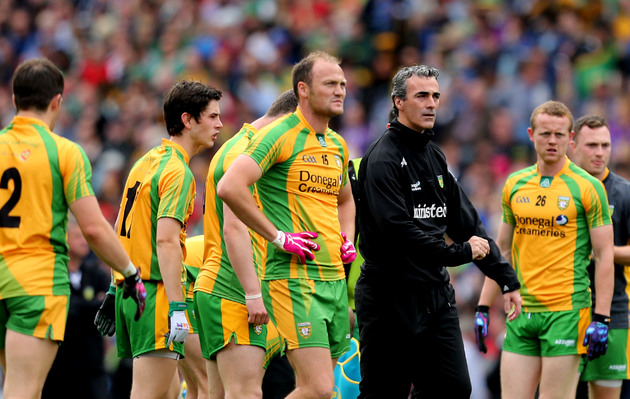 Former Donegal manager Jim McGuinness has paid tribute to Eamon McGee and Colm McFadden after the pair announced their retirement in the last few days.

McGuinness played with McGee and McFadden towards the end of his own inter-county career, before taking over as manager in 2010. 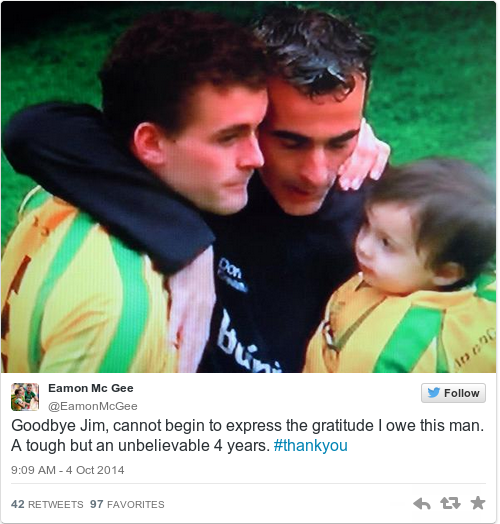 Both retire as iconic figures in Donegal football, and McGuinness said they couldn’t have won what they did without the inspirational duo.

In his column with The Irish Times, McGuinness wrote, “It was incredible to share a dressing-room with them as players and later to manage them and to see them developing and fulfilling a lot of their dreams.

“Everyone in Donegal will be proud of them in terms of what they’ve achieved.

“Go back to 2010 to where they were and how they were perceived and look at them now leaving as iconic figures.

“Without Colm and Eamon I don’t think we could have won what we did.”

McGuinness also expects there to be a few other players announcing their retirement from Donegal in the next few months.

Rory Kavanagh is expected to retire, while many feel Karl Lacey and Christy Toye could also call time on glittering careers.