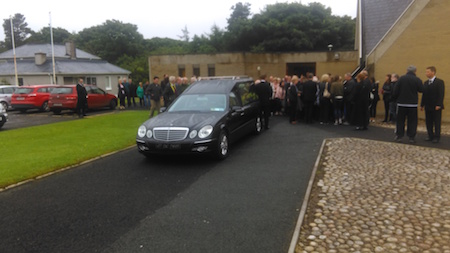 Tears as Mourners hear how Clannad musician Padraig ‘was’ music

One of the founding members of legendary Irish music group Clannad has been laid to rest in his native Gaoth Dobhair.

Padraig Duggan, 67, was laid to rest after funeral mass this afternoon.

Mr Duggan, had been with the group, whose worldwide hits include Theme From Harry’s Game, since their formation in 1980.

Hundreds of mourners gathered at St. Mary’s Church in Derrybeg to say a final farewell to the much-loved and respected multi-instrumentalist musician.

Among the mourners were the late Mr Duggan’s wife Janet (Jan) as well as his twin brother Noel and extended family. 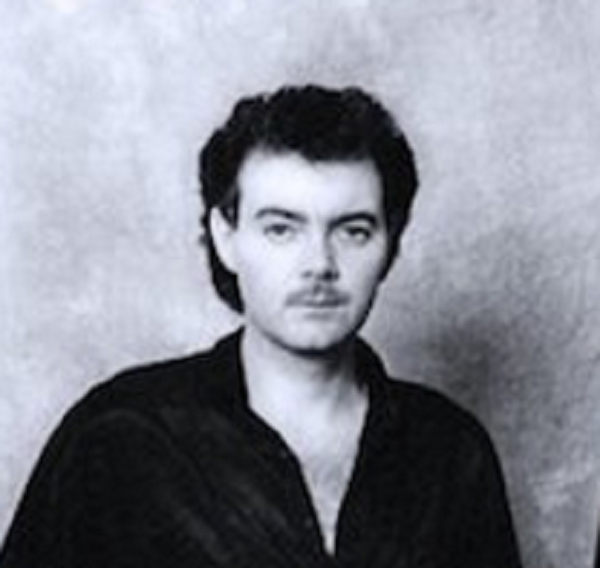 Also present was Mr Duggan’s sister Baba, whose husband Leo was buried following his funeral mass in the same church just a few shorts weeks ago following his death.

Leo was the father of the Brennan family, including world-renowned recording artist Enya, and it was in his pub, Leo’s Tavern, where Clannad first came together.

After the band formed in 1980, Enya left the group a year later to pursue a solo career.

Fr. Brian Ó Fearraigh told mourners that Padraig played, lived for and quite simply ‘was’ music.

He moved mourners to laughter when he spoke about the late Mr Duggan’s lack of direction and how it often got him into funny situations when Clannad toured the world as far away as Asia and America.

He said there was no denying his musical talent.

But he said he has gone to play with the master musician now.

“Padraig has died but music never dies. Today is a sad day and a lonely day. For Padraig the song and the beautiful melody of his life here on earth had ended.

A section of gifts were brought to the altar by members of Mr Duggan’s family.

They included his trusted walkman music player which he brought everywhere, his harmonica, a mandolin and a sash from the local Dore band which he was a proud member of and which he played with as recently as last Easter.

Fr O Fearraigh remarked that Padraig brought his walkman player everywhere with him and his favourite singers were Bob Dylan and Donavan.

As well as various hymns from the church choir, members of Clannad played two songs at the end of the mass.

Many of the audience, which included Padraig’s friends from the world of music, wiped away tears as the haunting sound of the band filled the church.

The songs were greeted by a spontaneous round of applause from the congregation with some mourners giving the musicians a standing ovation.

In a note on behalf of Mr Duggan’s wife Janet (Jan), thanks was given to all the couple’s family and friends in both Dublin and Donegal for caring for Padraig in his final days.

The four remaining members of the group, Mr Duggan’s twin brother Noel helped, his niece Moya Brennan and nephews Pol and Ciaran Brennan guided his coffin down the aisle of the church.

Friends and family gathered outside under the grey skies of the Donegal gaeltacht as light drizzle fell on the hearse carrying Mr Duggan’s coffin to the nearby Maghergallon cemetery for burial.