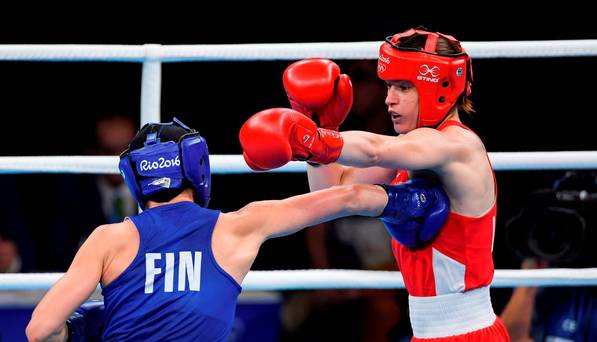 OLYMPICS: There has been yet more woe for the Irish Boxing team after Katie Taylor suffered a shock loss in her quarter-final fight with Mira Potkonen.

The Finnish fighter delivered a classy performance and won the fight on a split decision.

The defeat is another huge blow for the Irish Boxing team, who have suffered a disastrous Olympics with the exception of Michael Conlan.

It seems the loss of Billy Walsh to the USA, has had a severe impact on the Irish Boxing team, and that coupled with the Michael O’Reilly tested positive for a banned substance has signified a horrible campaign thus far.

Michael Conlan now carries the hopes of an entire nation in his bid to land a gold medal for Ireland.

More woe for Ireland as Katie Taylor bows out of the Olympics was last modified: August 15th, 2016 by Mark Forker