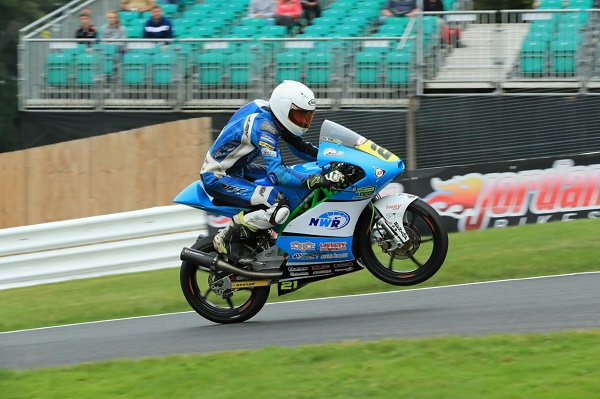 Sixteen year old Kilmacrennan short circuit racer 16 year old Richard Kerr made the trip over to Cadwell park for round 7 of the British Superbike Championships (BSB) at the weekend.

Following some great results at the previous round Richard was hoping to reproduce the form that seen him battle at the top of the Motostar class.

After qualifying Richard, was 8th – just 2 seconds off pole and on the 3rd row of the grid for race 1. 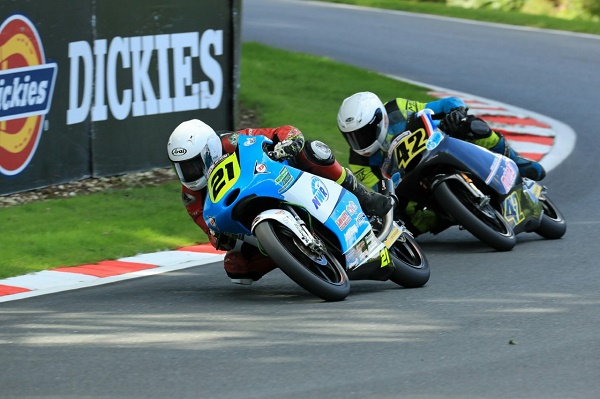 Some changes where made to the North West racing KTM for race one and unfortunately Richard crashed out on lap two with front end handling issues.

Richard had to start on race two in 14th position on row five and after a great start found himself in 10th position, as the race progressed Richard came through the field and was in a fantastic 6th position going onto the last two laps and posted the 6th quickest lap of the race and had another two riders firmly in his sight when the KTM stopped on the penultimate lap, a very unfortunate end to a fantastic race for Richard and robbed of another top 6 finish.

Lady-luck can only change for the 16 year old schoolboy, at the next round in two weeks time at Oulton Park.