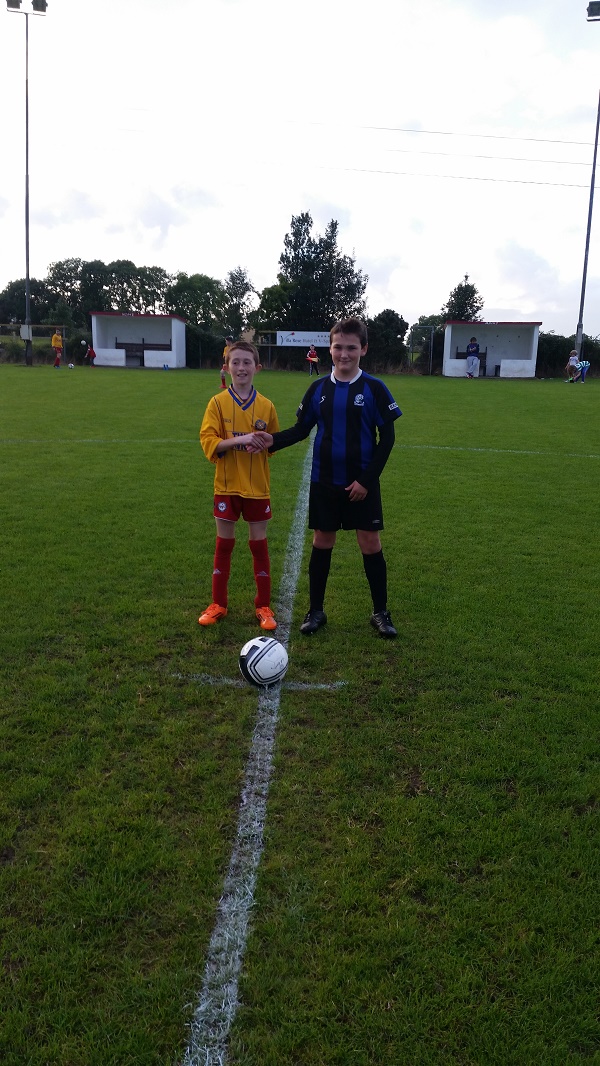 Cappry Colts lose out to Raphoe

CAPPRY LOTTO
The numbers drawn in the Cappry lotto were 1, 13, 14, 21.
There was no jackpot winner.
The winner of the lucky €50 ticket was James O’Reilly, Carrickmagrath.
Next weeks jackpot is €5900.
Remember if you’re not in, you can’t win.

CAPPRY ROVERS RESERVES
Cappry Rovers travelled to Moyle View Park to play Milford on Saturday. Milford took the lead early in the 1st half and were looking like the would go in at the break with their slender lead but Petie Lafferty popped up on the stroke of half time to leave it all square. In the 2nd half Milford got a very early goal when they took the lead with their 1st attack.

Ronan McHugh equalised with 20 minutes to go and popped up again in the dying minutes to steal the points for Cappry. This was a very important win after their heavy defeat in their opening league game. They are back at home next week when they welcome St Catherines to Cappry Park on Saturday with a 2pm kick off.

CAPPRY ROVERS U14’s
Cappry welcomed Killea to Cappry Park on Saturday and kept their winning streak going when they ran out 5-0 winners. Daniel Gordon continued his goal scoring streak and bagged a hat trick with Evan McBride and Kieran Thompson grabbing a goal each.

CAPPRY ROVERS U12’s
The Cappry U12’s had two game during the week when they played Fintown Harps in Fintown on Tuesday evening. This was always going to be a tough match but the lads put in a great performance and won the match 4-1 with Luke McGlynn getting a hat trick and Shaun McMenamin getting the other goal.
On Thursday evening they welcomed Castlefin to Cappry Park. The lads put in another great performance and with Mark Mbuli this time getting a hat trick on the way to a 6-1 victory. Luke McGlynn, Kevin McCormack and Josh McMenamin also got a goal a piece.

CAPPRY COLTS U12’s
Cappry Colts 0-3 Raphoe Town
The Colts and spectators alike will wonder how the home team failed to win at the weekend. The home side did all the pressing in the 1st half and but for some last ditch defending, really should have scored a few goals before the break.

But in the 20th minute Raphoe scored with their 1st attack to go in at half time 1 up. The 2nd half started brightly for the home team continuing to create chances and forcing numerous corners, but Harry Pearson the Raphoe keeper was outstanding.

Cappry went for broke by pushing forward late on and got caught with two late strikes from Philip Magee to seal the 3 points for Raphoe. Well done to both teams for a very sporting contest and match referee Sean O Donnell. 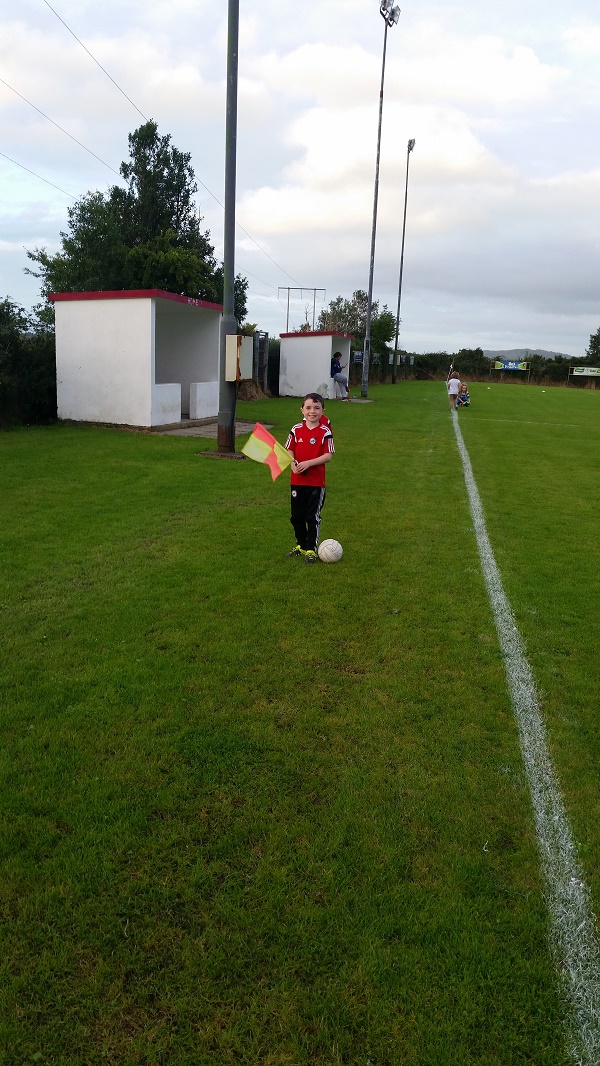 Ciarnan Quigley Doherty keeping everything right on the line

CAPPRY CRUSADERS U12’s
Cappry Crusaders travelled to Convoy on Saturday afternoon and started the game brightly and on 2 minutes Dylan Gallagher played a through ball for Hogan O’Haire to run on to. Hogan took a shot which the Convoy keeper done well to save only for Conor McGinty to follow in and score the rebound. In the 10th minute Convoy went on their 1st attack and won themselves a free kick outside the box. From the resulting free kick they chipped the ball into the box and the Convoy striker was in the right place to glance his header past Jamie Meenan in the Cappry goal.

Cappry went on another attack straight from the kick off and Ross Bradley scored a fine goal from distance when his shot flew over the keeper into the top of the net. Ross Bradley was going to get on the score sheet once again soon after following great work down the right from Hogan O’Haire and Dylan Gallagher. The ball was pulled back to Ross who made no mistake with his finish. For the rest of the half Cappry continued to press and Hogan O’Haire was causing the Convoy defence all sorts of problems but they couldn’t find the net again. In the 2nd half Conor McGinty got his 2nd and Capprys 4th when he got the last touch following Dylan Gallaghers corner.

Convoy to their credit never give up and kept trying to catch Cappry on the break and with 10 minutes to go they pulled 1 back after a mix up in the Cappry defence. In added time Convoy were awarded a free kick on the edge of the area and they smashed the ball to the back of the net. Cappry held on for a nervy win, 4-3.