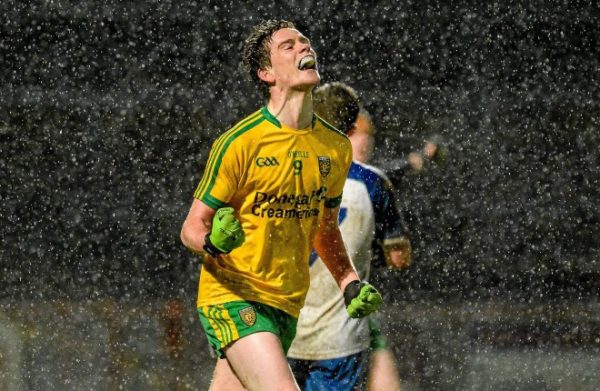 The Donegal U21 championships get back underway this weekend with semi finals spots up for grabs in both the A and B championships.

Two of the games in the ‘A’ championship are being played tonight(Friday) while the remaining two are tomorrow, Saturday.

Naomh Conaill brushed away the challenge of Naomh Muire in the first round and will go into tonight’s game as favourites. Four Masters had 5 points to spare over Glenfin in the round previous.

Four Masters are laced with talent throughout their team with the likes of Kevin Breslin leading the charge under than management of Luke Keaney.

But Naomh Conaill managed by county senior Leo McLoone have a strong team with county representatives at Minor, U21 and Senior.

The meeting of Dungloe and Gaoth Dobhair will be an entertaining affair as the two teams will feel they have a good chance of qualifying.

Gaoth Dobhair have at their disposal county seniors in Kieran Gillespie and Michael Carroll as well as county U21 players in Niall Friel & Cian Mulligan.

Dungloe who are going well in the Senior competition may have up to eight seniors for tonight’s clash.

This game is a tough one to call and may go either way on the night but with Dungloe still in Senior Championship and are training well might just have it in the legs to get over the line.

This is being described as the clash of the weekend as the cathedral men take on the minor champions from three years ago, a repeat of that final.

Their is no doubting the talent both teams have and both are real contenders for the U21 championship, so the winner may come from this fixture.

O’Connor and McMonagle will lead the charge for the Buncrana men while Morrison and McWalters will backbone the Eunan’s challenge.

A very hard one to call and will come down to a few points.

Aodh Ruadh dominated this age group winning county titles at U12, U14 & U16 and the majority of those teams helped Aodh Ruadh clinch promotion to Division two this year in the All County Senior League.

The McDaid brothers and Aidan Sweeney along with county minor Enda McCormick have been a shining light for Termon this year’s Senior Championship.

Two teams have fantastic talent and will be a great game for spectators.

Donegal U21 ‘B’ Championship