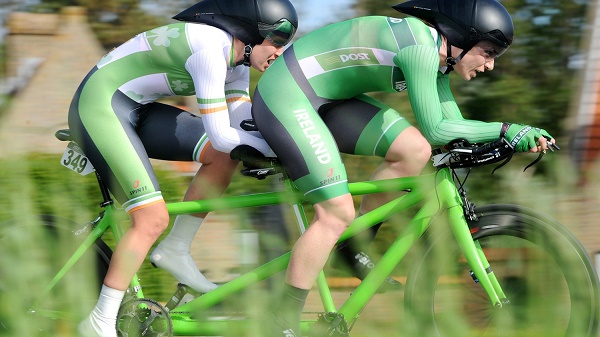 Katie-George Dunlevy has done it again and won another Paralympic medal while competing in the Paralympics in Rio.

Katie, who is visually impaired, and her tendem cycling partner Eve McCrystal secured a silver medal in today’s Women’s B Road Race, finishing 59 seconds behind gold winner Iwona Podkoscielna, who was competing for Poland.

This follows the duo’s fantastic performance on Wednesday in the B Tandem Time Trials which bagged them a gold medal.

Katie, whose father John is originally from Mountcharles, seems over the moon judging by her reaction in the picture below!