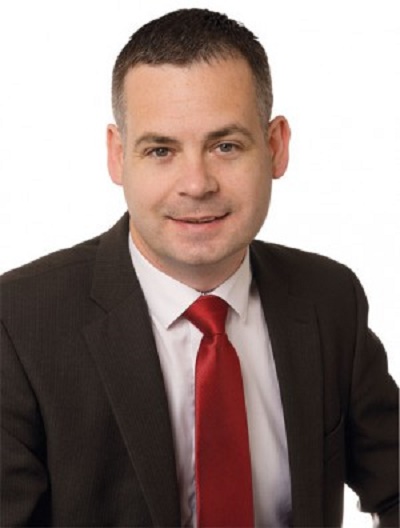 POLITICS: Sinn Féin Finance Spokesperson Deputy Pearse Doherty is calling on all the TDs that were elected to the 32nd Dáil on an anti-water charges platform to support a Sinn Féin motion calling for the abolition of the charges this evening.

Deputy Doherty said, “Since Fianna Fáil appears to have abandoned its long standing support for the domestic water tax, there is an opportunity this evening to force the government to introduce the necessary legislation which would abolish domestic charges once and for all.

“The majority of Dáil Deputies now support the abolition of water charges, and there is absolutely no need to waste even more tax payer’s money on a so called expert commission on the matter nor for a special Oireachtas committee to consider its recommendations.

“The grubby deal struck by Fine Gael and Fianna Fáil to return Enda Kenny to power deferred a decision on water charges for nine months, yet the message from the tens of thousands of people who took to the streets of the capital two weeks’ ago, clearly demonstrates that people do not simply want the suspension of water charges, but rather, they voted for the abolition of the charge.

“The motion which Sinn Féin has put forward this evening, signed by other Right2Water TDs, is simple, it states that: ‘Dáil Éireann calls on the Government to abolish household water charges and fund investment in water and sanitation infrastructure through progressive taxation’.”

“The lack of domestic water charges is not the reason why there has been historical under investment in our water services. For decades successive governments neglected to invest in our crumbling water infrastructure, even when there was plenty of exchequer funding available.

“Fianna Fáil’s failure to support our motion will lead to more uncertainty about the future provision of water services in this state and shows that they cannot be trusted on this or indeed on any other issue.

“Sinn Féin has a plan that provides for future capital investment in our water infrastructure that will also maintain Ireland’s zero water poverty rates and prevent future privatisation of water services. We need to scrap charges, bring water services fully into public ownership, and commit to a ten year capital investment programme funded through general taxation.”