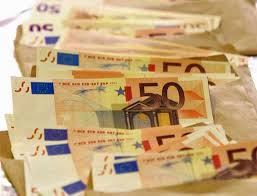 COURTS: A woman claimed €26,000 in social welfare benefits while working full-time at a nursing home.

Inspector Harrison, from the Department of Social Protection told the court, “Mrs Fulton was awarded a one parent family payment on the June 12th, 2008.

“However, her file was referred to me, after I received a letter which indicated that she was had completed a training course with a nursing home, and was now working with them.

“As I continued my investigations, I discovered she had been employed with them since 2011, but she hadn’t informed the department.

“She completed a training course successfully, and was initially employed on a part-time basis, before taking on a full-time position.”

The social welfare investigations unit then visited the accountancy firm which looked after the nursing home and obtained the accused woman’s P60.

The investigator added “I requested her to meet me on two occasions in September and October, but both times she failed to appear, and didn’t contact me to let me know she would not be in attendance.

“She was still receiving social welfare payments up until November last year, but was getting regularly deducted, and has also made four cash payments.”

Solicitor for the defendant Donough Cleary said his client regretted her actions, and stressed that she had a difficult family situation.

Mr Cleary told the court, “She initially began a training course with this company, but this wasn’t paid.

“Her training was successful, and then she started to get a few hours here and there, that gradually increased to a day or two a week, before it became a full-time role.

“She’s had a difficult family situation that the court would be aware of, but she accepts it was wrong and regrets it.

“She has since obtained a full-time job in a different establishment, and is paying €50 a month towards the repayments she owes the state.

“She has a mortgage to pay, and her maintenance has been reduced due to her employment.”

Inspector Harrison said there is no consistent pattern to her repayments, and said the department would be in contact with the defendant in due course.

Judge Paul Kelly adjourned the case until January 3rd, to see if a repayment plan can be set-up in the meantime, and then assess the situation further at that point.