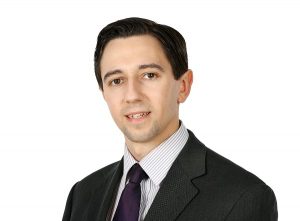 Donegal cancer group tells Minister the honeymoon is over

Donegal Action for Cancer Care has hit out at Minister for Health Simon Harris for not meeting with them.

The group says it prides itself on working within an Ethos of Respect but recent months have really tested their resolve.

“We are working very hard chasing up the overdue follow up meeting at the Dept. of Health to further discuss progress on the agreed actions from August 2015 and raise our other important concerns” said Betty Holmes DACC.

She says DACC had worked hard at getting the other two meetings back in Feb & August last year.

Minister Harris last week informed them by email that a meeting was held recently between representatives of Saolta (Galway and Letterkenny), the HSE, National Cancer Control Programme and his Department.

“We were and still are very upset & disappointed to learn of this.

“The Minister informed us because of his busy diary of Departmental and Parliamentary Business he is unable to accede to our request at this time.

“We have by reply email & followed by letter to Minister Harris TD requesting a report from that meeting as soon as possible. We assume it would be outside our boundaries to receive the minutes but a report will give us we hope the information that we need and comes under accountability.

“We look forward to receiving the meeting report as soon as possible and from that another meeting with all relevant people as per 2015 meetings.

“In order to move matters forward we have asked Minister Harris also that the Minister’s Department arrange a meeting in the same format as before with those who attended previous meetings be again arranged soon. We named who they all were, same information coming up the road to Donegal at the same time. We do respect that the Minister may not be able to attend. We outlined to him how previous meetings were chaired by a member of the Dept. staff attended by the Minister’s Advisor.”

The group say they have written letters and emails on an ongoing basis to Minister Harris re the outstanding meeting & other queries, requests and concerns re the Prostate Rapid Access Clinic for LUH, the next Cancer Strategy 2016-2025, the new 10 year plan Vision for Health, the names of who is on the new Committee to develop the 10 year plan, etc.….all to no avail.

“In August 2015 at the last meeting Saolta told us to contact them. At that meeting we had requested & it was agreed that a written update on the agreed actions would follow, we followed it up but the update never came. It is difficult to get answers from the Saolta University Hospital Group so it is really important that we all get back around the table at the Dept. of Health. We for a long time do not believe that there is serious commitment to ensuring that services are retained & developed at LUH despite what we are repeatedly told. It is being “stripped” over many years.

“We then again wrote to the same Donegal Oireachtas Members with an update on Minister Harris’s correspondce. We do know that Deputy Doherty has tabled a question to Minister Harris on why he won’t meet us & that Deputies Mc Conalogue & Gallagher have written to the Minister on foot of our correspondence to them.

“We had also over recent months been proactive raising the matter of a Prostate Satellite Rapid Access Clinic for Letterkenny University Hospital. DACC first raised this back in 2008 & 2009 regarding this service and we had worked hard in trying to ensure Letterkenny Hospital would be one of the RCU. With the new Radiotherapy Service starting in Altnagelvin Hospital we saw this as relevant time to bring this back on the agenda, an important service that would benefit Donegal men.

“So much work is ongoing within DACC sometimes daily. We will keep working hard, there is lots more work that is ongoing. As you all know we are all voluntary & unpaid so this ongoing work requires a dedication & commitment that takes a lot of energy & time. We are not going away!”