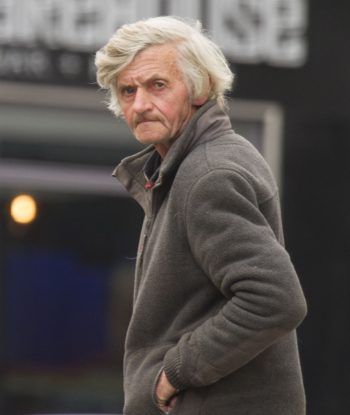 A farmer who was told he should not be near any living creature has been given a three month suspended jail sentence.

Leslie Stewart, 69, had been told a number of weeks ago not to keep any animals on his farm at The Thorn, Letterkenny, Co Donegal, by Judge Paul Kelly.

It followed inspections by vets and animal welfare inspectors from the ISPCA in which several horses and donkeys were found starving on Stewart’s lands.

Several of the animals had to be put down.

Judge Kelly had warned “I want to be sure that there are no animals on his property, I want to verify that. This man should not be near or in control of any living creature,” he said.

He found Stewart guilty of four charges in connection with animal cruelty earlier this month.

He issued an order banning Stewart from keeping animals and ordered him to appear before Letterkenny District Court today for an updated report from vets.

Veterinary Inspector with the Department of Agriculture, Desmond Lavin, told the court that he had called to Stewart’s farm on October 19th last after Judge Kelly had put the ban on him keeping animals.

On that occasion he found 5 goats, one pot bellied pig with nine piglets, 3 dogs and 3 cats.

He warned him that he was not allowed to keep animals and told him he would be returning which he did so on October 30th last.

On that day all the animals had gone apart from 3 cats which Mr Stewart said were stray animals.

Judge Paul Kelly said he did not want any animals on Mr Stewart’s property and told him not to be feeding the stray cats.

He said earlier the only reason he was not sending Stewart to jail was because of his age.

He sentenced him to three months in prison on one cruelty charge but suspended the jail sentence for 12 months and took the other charges into consideration.

He also awarded the ISPCA €250 vet fees for the removal of several ponies from Mr Stewart;s lands at an earlier date.

And he warned Stewart’s solicitor, Mr Kieran O’Gorman to tell his client that he risks going to jail if he keeps any more animals on his lands in future.