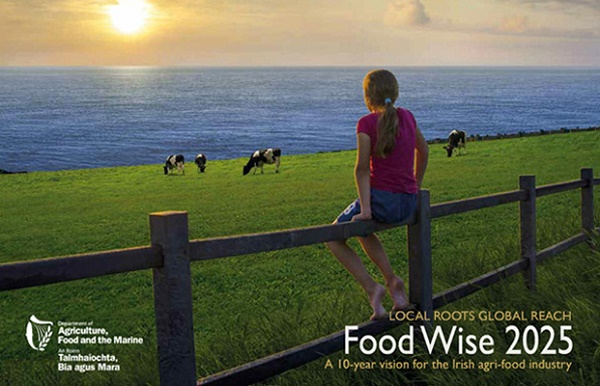 Fianna Fáil Spokesperson on Agriculture Charlie McConalogue TD says it is absurd that the Government has refused to initiate a review of Food Wise 2025 in the wake of the Brexit vote in the United Kingdom.

The 10-year Food Wise 2025 strategy was published in 2015 and sets out the strategic plan for the development of the agri-food sector over the next decade.

Deputy McConalogue said, “Fianna Fáil believes that the Brexit vote demands an immediate review of the Food Wise 2025 strategy. As it stands the targets in the strategy were forecast on the assumption that the UK remains within the European Union.

“A UK exit from the EU represents one of the biggest risks to the Irish agri-food industry since the foundation of the State. Thousands of jobs are set to be impacted by the UK’s decision to leave the EU and it’s important that our strategy for developing the industry takes account of this.

“I have been calling on the Minister for Agriculture Michael Creed to launch a comprehensive review of Food Wise 2025 to consider the new threats that have arisen following the Brexit vote. Astonishingly the Minister has refused to carry out such a review.

In a parliamentary reply to me Minister Creed stated that he sees “no compelling reason at this point to review the strategy”. This is an alarming response and indicates that the Government is out of touch when it comes to the threat posed by Brexit.

“The UK is Ireland’s number one agri-food export destination. Over 50% of beef exports and 33% of dairy exports are currently destined for the UK. The outcome of the Brexit vote will cause serious disruption to Irish exporters. The ESRI have forecast that Brexit could lead to a 2% increase in unemployment and a 5% reduction in exports in the event of a hard Brexit taking place.

“Irish economic growth has been downgraded since the Brexit vote. The first wave of job losses has already occurred in the horticulture sector due to the collapse in the value of sterling. The threat from Brexit is stark and real, and it is already having an impact on the agri-food sector. It is vital that Minister Creed reconsiders his position by initiating a comprehensive view of Food Wise 2025 to take into account the threats associated with Brexit.”