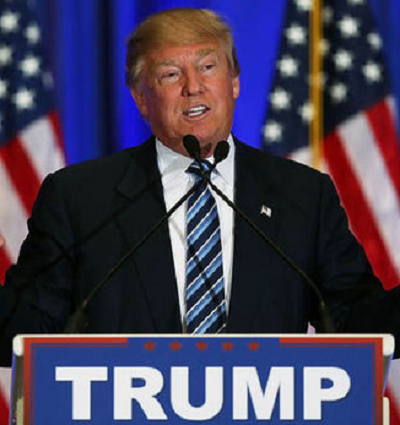 DD Finance: No need to panic after America’s Trump card!

Donald Trump’s surprise victory in last week’s US presidential election sent shock waves around the world, especially because the polls had pointed to a comfortable win for his Democratic opponent Hillary Clinton.

America and the rest of the world are now having to come to terms with the implications of a Trump presidency, which will formally begin on January 20.

But what will Trump actually do in office? How will his policies affect Ireland, and you personally? There has been a lot of hysteria in the media since Trump’s win, with some even predicting a disastrous economic meltdown, and so it’s important to look realistically at the possibilities rather than getting sucked in by tabloid fearmongering.

Trump won largely because of his promise to bring jobs back to the USA. This proved popular with working-class Americans who have watched once-plentiful manufacturing jobs move to low-wage regions of Asia, with devastating impact on states like Michigan and Ohio.

That said, there is no guarantee that such a large tax cut will actually happen. Congress, which has to approve changes to tax law, will raise objections to losing billions in tax revenue. Even if Trump manages to cut the US rate to a more realistic 25%, that would still be twice Ireland’s rate. Plus, many American companies have made very significant investments in Ireland over the course of decades, and they are unlikely to leave overnight, if at all. We can also be sure that our own government will do everything in its power to keep these jobs in the country.

Market turbulence caused by uncertainty and fear of change could have a more immediate impact. Hillary Clinton was widely regarded as a “safe pair of hands” who would largely continue Obama’s economic policies, but the markets now have to contend with a very different kind of presidency. The uncertainty over Trump’s election may affect business and consumer confidence, as well as currency exchange rates and stock markets, over the months ahead.

All things considered, my advice to you right now is not to panic. Trump himself has sounded a lot more moderate and conciliatory since winning the election, and there are already signs that he may be rethinking some of his more radical campaign promises. However, if you’re concerned about your investments, your pension, or other aspects of your financial future, you can contact me to make an appointment and I can talk through your concerns in an informed way.

Shona Chambers QFA RPA is a Qualified Financial Advisor and Retirement Planning Advisor with John McColgan Financial Services. You can contact Shona on 074 9124366 to make an appointment.