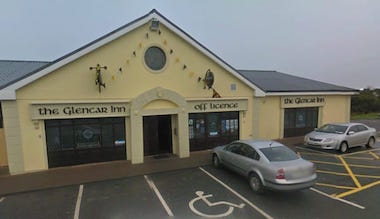 A man who stole a cigarette machine from a pub has been jailed for eight months.

Grigore Adamache, was part of a three man gang who broke into the Glencar Inn in Letterkenny and made off with the machine.

The men had been caught trying to steal the machine earlier on the night of November 25th last but were spotted by drinkers and fled.

However they returned and broke into the pub and stole the machine valued at €2,000 as well as cash and cigarettes to the value of €1,035 in the machine.

The 23 year old, of 118 Meadowbank in Letterkenny, pleaded guilty to the charge when he appeared at Letterkenny District Court today.

He also admitted breaking into adjoining homes at Ashbrook, Letterkenny, on November 11th.

Adamache, a Romanian national, admitted being part of the gang who ransacked the houses and stole laptops, alcohol, cash and jewellery.

However, he claimed he only acted as lookout for the gang and only got two packets of cigarettes for helping to steal the cigarette machine.

Judge Paul Kelly said these types of offences are all too common and said families faced devastation when they returned home to find their properties had been ransacked.

He sentenced Adamache to four months for breaking into each house but ordered the sentences to run concurrently and also another four month sentence for stealing the cigarette machine, meaning he will serve a total of eight months in jail.