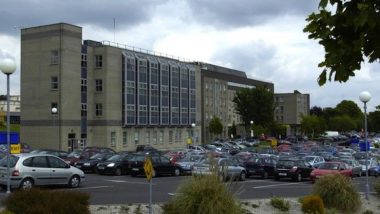 Uproar as hospital confirms chemotherapy is suspended until March

Management at Letterkenny University Hospital has confirmed that chemotherapy referrals have been stopped until March.

It follows the resignation of a locum Oncologist whose contract had not been due to expire at the end of March.

The hospital has confirmed it will not be accepting any new chemotherapy referrals until a replacement locum takes up the role on 6th March 2017.

The HSE first revealed that Donegal patients were being referred to Galway in order to undergo chemotherapy treatments after representations by Deputy Pearse Doherty.

He said “Following my statement in which I revealed that patients in the county had reported to me that they were being transferred to Galway University Hospital in order to access chemotherapy services due to the suspension of new referrals at Letterkenny, I have now received confirmation from management that the hospital is not accepting any new patient referrals at present.

“In the reply, management has stated that , following the resignation of a locum Oncologist whose contract had been due to expire at the end of March this year, in the interest of patient safety a decision has been made not to start any new patients on chemotherapy regimes at the hospital.

“Management has said that arrangements are now being made to have new patients who have been referred to Letterkenny University Hospital both seen and treated in alternative facilities.”

He said the reply goes on to say that the service will resume once a new locum Consultant is in place at the hospital, and that this will take place on March 6th 2017.

Deputy Doherty added that while this news will be of little comfort to patients and their families from Donegal who are currently undergoing chemotherapy treatment and who now must travel outside the county in order to be seen, the statement from management at the very least provides a timeframe for when we can expect the service to be reinstated.

“However, it is yet to be seen if this entire episode could have been avoided had earlier intervention and action on the part of authorities been undertaken prior to this resignation.

“And while admittedly it’s not yet known how much prior notice was given to management that the former post holder was planning to step down from the role, I have today tabled a number of Parliamentary Questions to the Minister for Health in which details of this resignation have been sought, including the date on which management first became aware that this vacancy was due to arise.

“I made a promise to the many patients and to their loved ones who contacted me in confidence to alert me to this issue at Letterkenny Hospital’s oncology department that I would get answers to the question as to why this incident was allowed to happen in the first place, and I plan to fulfil that promise as well to demand that such a situation is not allowed to occur again.”