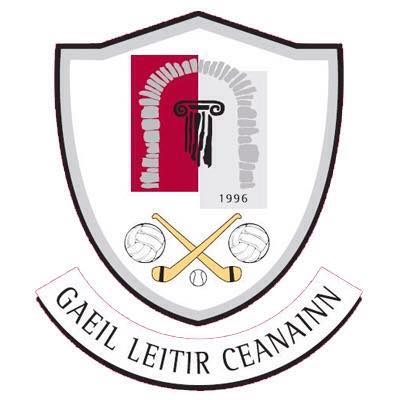 95 out of 100, but Méabh Ní Chathail just misses out on place in Scór final

Bhí oíche den scoth ag Gaeil Leitir Ceanainn areir. Gaels were well represented in the County semi-final of Scór. Méabh Ní Chathail sang a wonderful solo ballad and just missed out on a place in the County Final despite coming out with a score of 95/100.

The quiz team on the night included Paul Melaugh, Michael O’Connor, Garry Coll and Bairbre Uí Chathail. It may not have been their finest outing!

Brian Sweeney’s entertaining play The AGM was brilliantly performed by the Gaels drama squad of Bernie Frain, Noel Sweeney, Garry Coll, Brighdín Carr, Sheila Sweeney, Celine Sweeney and Brian Sweeney. The play received a great response from the audience and you have an opportunity to see it and hear the ballad group in the Scór County Final next Saturday 25th February starting at 7.30 in the clubhouse at Glenswilly. Thig le Gaeil Leitir Ceanainn bheith fíor bhrodúil as an dream a bhí ar an ardan areir. Na Gaeil abú!

There will be a Referees’ Beginners Course which our Club will host, starting on Wednesday, 1st March in our Club Room. We are appealing to any Club member who may be interested in participating in the above course to contact Jim Mc Glynn on 086-2271435

Last Sunday morning our young U-12 hurlers travelled again to Derry for their final blitz of this series. The lads won their first game against Gweedore and lost out by a single point in the final to Omagh.

Indoor Hurling continues every Thursday from 6.30 to 7.30pm in the Aura. The training will continue until 13th March. New members welcome. Hurls and helmets can be provided.

Under 8 and Under 10’s indoor football training continues in the Aura from 11am – 12noon. There will be 6 weeks of indoor “skills development” before moving to the pitch at the beginning of April.

U-12 football resumes on Wednesday Feb 1st in the astro turf at Aura until March 15th inclusive from 7-8pm.

95 out of 100, but Méabh Ní Chathail just misses out on place in Scór final was last modified: February 21st, 2017 by Chris McNulty