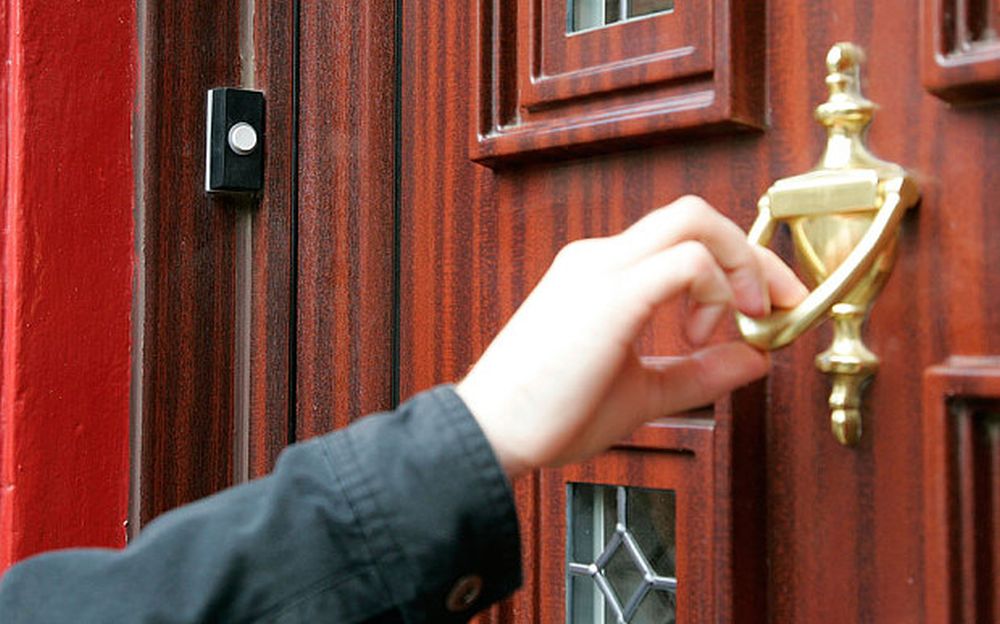 Residents in east Donegal are on high alert for a foreign national who has been calling door-to-door in the area.

A man fitting the same description has been reported in different villages claiming to be under various guises in each location.

In the St Johnston and Raphoe areas, the man called to houses offering hand-made ornaments for sale.

“The man had a note on which he claimed to be dumb and was looking to sell these little sculptures,” one concerned resident told Donegal Daily.

“He was on foot and didn’t appear to have anyone with him. It was very suspicious and he was going around all the houses.”

The man, dressed in a grey bomber jacket and blue baseball cap was carrying a rucksack, entered a business premises in the area with a bucket claiming that he was collecting for Crumlin Children’s Hospital.

“He had an out-of-date licence to collect and the licence wasn’t even for Donegal,” a source said.

Later in the weekend, the man was calling to houses in the Newtowncunningham area offering to do odd jobs for residents.

Community alert groups have advised people to be vigilant and to contact Gardai if they sight any suspicious activity.