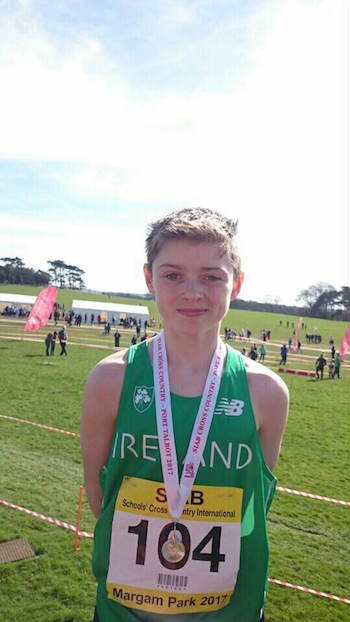 Athletics: Sean does Donegal and Ireland proud in Wales

Glenswilly lad Sean Mc Ginley had a blinder of a race at the Schools Cross-country International at Port Talbot in Wales for Ireland.

He finished up a brilliant 27th overall and was 6th counter for Ireland. This meant that the Ireland team finished up in silver medal position.

His strong finishing position gave the Ireland team a clear 2 points difference from the 3rd placed team of Wales.