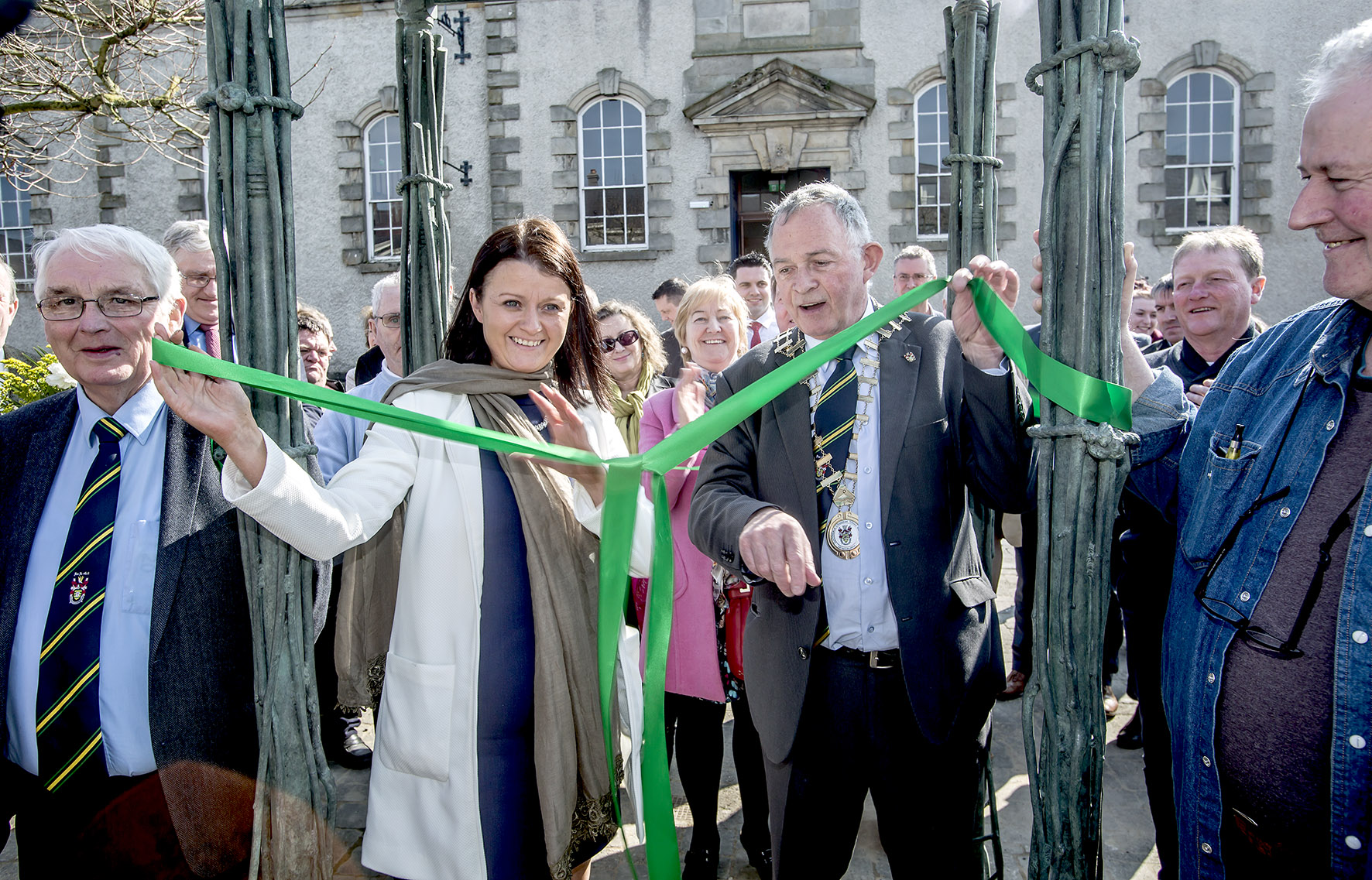 History brought to the top table in Lifford – Picture Special!

A new 1916 commemorative monument was unveiled in Lifford yesterday.

The monument which was commissioned by Donegal County Council and produced by internationally renowned Antrim-based artist Brian Connolly is called ‘History Table: Elevation’.

“This artwork takes a recognisable item of domestic furniture and reconceptualises it as a symbolic form” says artist Brian Connolly, a leading practitioner in public art nationally for over 25 years.

“The kitchen table is the centre of the home, where many ideas come from and plans are made; centre of family life and familiar in the Irish consciousness”.

The concept is informed by a performance artwork the artist delivered as part of the centenary programme and he has developed this further in this permanent commemorative artwork for Lifford.

The sculpture is essentially a traditional kitchen table raised up and placed on branches of coppiced hazel. All elements are cast in bronze. The table top is pierced with an extract of text from the 1916 Proclamation. The text can be viewed from below. The artwork represents an archway, a threshold and a link between past, present and future.

Cathaoirleach of Donegal County Council Cllr. Terence Slowey said “we are delighted to be unveiling this magnificent piece of public art in the Diamond in Lifford. The Ireland 1916 Centenary Programme provided us with a once-in-a-century opportunity to shape and actively engage in a diverse range of historical, cultural and artistic activities. It allowed us to reflect, commemorate, debate and analyse and re-imagine our future. This piece of public art embodies the themes of this commemorative programme and will be enjoyed for generations to come not just by the people of Lifford but by everyone in Donegal”.