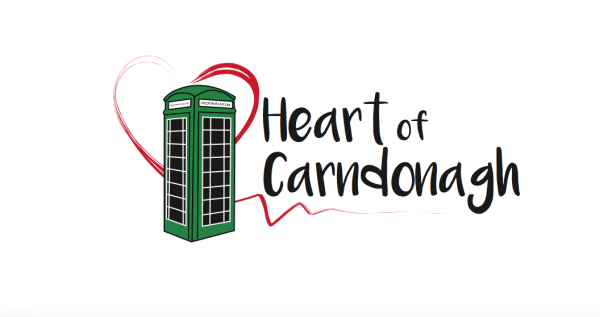 A new public phone box is being erected in Carndonagh town centre – but it’s one with a difference.

Funds raised by the Neal Martin Memorial Fund committee are to be used to erect the phone box, which will contain a public defibrillator for the townspeople.

The unveiling of the Defibrillator Phone Box will take place at the Easter Monday Parade in Carndonagh at 2.30pm.

“Following on from the Fantastic fundraising efforts of the local community, after the sudden death of Neal Martin Doherty, the committee set up to decide on how best to use the monies raised, have decided to erect a Phone-Box containing a Defibrillator in Carndonagh town centre,” a spokesperson said.

“We have taken the idea from the Heart of Killarney. The phone box will add to the security of having a defibrillator outside for the public to use as it needs a PIN number to enter.

“So, when you call the emergency services, they supply you with details of your nearest defibrillator & PIN number to gain entry.”
The committee that we set up, also supplied heated outside cabinets to Carndonagh GAA club and Carndonagh FC.

The spokesperson said: “After the initial launch, we will be starting a course of training for the local community on how to use the defibrillators.

“We will take details from anyone who would like to be involved in this training at the Easter Parade. We are delighted to now have three defibrillators available 24/7 in Carndonagh incase of an emergency.”