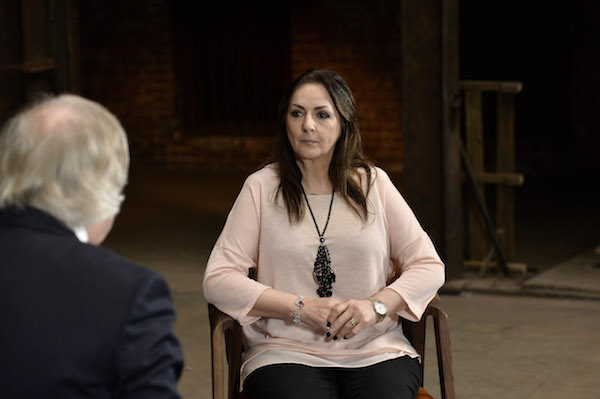 Clannad star Moya Brennan has revealed her famous family band have always very happy at the success of her enigmatic superstar sister, Enya, who has sold 80 million albums around the globe.

Her fame-shy younger sister has amazed industry experts by becoming Ireland’s successful solo artist without ever going on a concert tour and making rare public appearances.

In a new BBC series, Beart is Briathar, Moya explains that her Grammy-winning sibling always wanted to go her own way.

She said: “She has done so well and is a superstar. People see that she is special.

“She toured with us after she left school and she stayed for two and a half or three years. She wanted to do her own thing. She had a more classical than traditional leaning.

“She worked so hard on finding her own sound, the way she sings, the way she plays everything on her recordings and it is special and people love it.

“We are very happy for her. Her style was self-contained. We respect her for that because that’s how she wants to be known.

“We are very close of course but she has her way and we have our way. I have other brothers and sisters too and we all have our own way of going on.”

The new Irish language series, fronted by Eamonn Mallie, is set to feature a string of well-known Irish-speaking personalities who have made an impact culturally, politically, religiously or musically.

In the series, Moya Brennan reveals how all of her siblings were around her father, Leo Brennan, last year in Donegal in the weeks before he passed away last June.

“It was tough but he died at home and we were all there.

“We had a few weeks with him, singing, and crying and praying. It was really lovely but we will certainly miss him.”

She said the death of her uncle Padraig Duggan, the founder of Clannad, just weeks later was devastating.

She said: “People say to me they were sorry about my uncle.

“I have to pause because he wasn’t like an uncle to me, he was more like a brother. He was only a few years older than me.

“Because he was in Clannad for 46 years we spent a lot of time together so I grieved when my father died but maybe because both deaths happened together I was terribly upset about Padraig.

“He was only 67. This was the first member of Clannad to die.”

Padraig Duggan was involved in composing the first Irish-language song to feature in the UK charts, the 1982 theme from Harry’s Game.

Moya said they were amazed at the success of the song they performed on Top of the Pops.
She said: “When we started Clannad we had no plans to make it big or make a lot of money or find a new sound. The sound that merged for Harrys Game was natural and I think that’s what everyone liked.”

She also spoke about the band being naïve and being ripped off during their early days.

“There were very few people especially at that time who didn’t have people take advantage of them. There are people like Elton John and Sting who all suffered. It happens, but as long as we have our music that is the important thing.”

She also opened up about her well-documented battle with drink and drugs when she first shot to fame in Clannad.

“You can get into a bad routine and it can happen easily. I was drinking too much and taking drugs. I didn’t look for them. There were always people approaching you and asking you what you wanted. I was always careful of what I took as well. I was always afraid of harder drugs, I followed the wrong path for a while.”

But the 64 year also spoke about the years of agony over her abortion at 19 in London which she wrote about in her memoir.

“It was very difficult. That is probably why I wrote the book ad why I wrote about it. Perhaps to let other girls know that it isn’t an easy thing to do. I thought I could do it and forget about it. That was part of the reason I took the path that I did afterwards because I didn’t have any respect for myself. I don’t think I had any other option, I was from Donegal and I was very young.”

But she said she finally found solace years later during a visit to a chapel in Donegal when she felt she had been forgiven by God.

She said: “It may well have been the first time I spoke to God. We are always praying but we don’t actually talk to Him. I had an experience where I knew He forgave me.”

It set her on a path of deep spirituality for the rest of her life.

She said she has found happiness with her husband and their two children, Aisling and Paul, in the last three decades.

She said it was love at first sight when she met the photographer, Tim Jarvis.

She said: “He is an amazing man. We fell in love the first time we met. We now have a son and a daughter and I’m very content and proud.”

And she said one of her favourites pastimes is housework when she returns from tours around the globe.

“When you are off on tour, you’re in and out of hotels, you are on stage in green rooms, in make-up, tuning the harp and doing other things.

“I don’t do it every week so I enjoy housework. I enjoy doing, laundry, the ironing, everything, Isn’t that boring? It is therapeutic to me.”