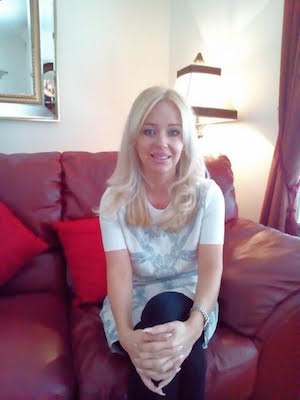 Woman who sparked air rage incident speaks out to help others

A young businesswoman whose drinking sparked an air rage alert on a plane to Donegal has spoken about her experience in the hope that it helps others.

Three-weeks ago the 41-years-old Scottish businesswoman, and mother of two young children, was arrested at Carrickfin Airport after becoming aggressive on her way to attend a local clinic.

Now she has bravely opened up about her mental health difficulties and battle with alcoholism during an emotional appeal for people, particularly women suffering with mental health or addiction problems, to get professional help.

With the help of psychologist Angela Maguire, Managing Director of De Exeter House in Termon, the young Lanarkshire woman spoke publicly for the first time of ‘her journey’ in life, her battle with stress and anxiety and an addiction to alcohol.

Alison said “Little did I ever think that my first encounter with Donegal would become headline news… but I have grown to both love and appreciate this beautiful corner of Ireland.”

“There is help available, and Donegal is truly blessed to have the professional expertise of De Exeter House, a unique haven of tranquillity right on its doorstep.

“I have apologised personally to everyone impacted by my behaviour. In a strange way, this whole episode has given me a huge wake-up call… and with the excellent support from Angela and her team at De Exeter House, and those who have walked this path before me, I can now embrace a new way of living alcohol-free,” she added.

With her stress and anxiety symptoms raised ahead of the planned stay at a rehabilitation centre for people with mental health-addiction problems in Donegal on March 22, Alison, drank two large glasses of wine and miniatures of gin to steady her nerves in a thirty-minute period before boarding.

After boarding the scheduled Stobart Air flight from Glasgow to Carrickfinn, she lapsed into an alcoholic blackout- not aware of her behaviour and with absolutely no recollection of her actions.

Alison, was horrified to later learn that she had caused upset and alarm on the flight, and had to be restrained by a member of the cabin crew and a passenger.

“My link to Ireland came in a most unusual way eighteen-years-ago through a psychologist called Angela Maguire who had a practice in the Southside of Glasgow.

“I had gone to Angela with severe stress and anxiety and after a few sessions was amazed at how differently I felt.

“She had quickly identified the root of my problem, and as a result, my life changed and I was able to move on positively.

“Many years passed, and I was now married with two lovely children and a loving and supportive husband and family… but the pressures of balancing work and family slowly began to overwhelm me and I chose alcohol as a form of self-medication, never realising the potential I had to become alcoholic.

“My drinking increased and eventually became unmanageable – I was addicted. My family urged me to seek help, and my mind went back to my time with Angela. I searched the internet to see if Angela was still practicing in Glasgow, and after five months searching… I found that she had set up a Rehab Centre for Addiction and Mental Health Practice in Termon, Donegal – De Exeter House.

“I phoned her and Angela arranged for me to come for an assessment after which we would arrange my care plan and length of stay. I was delighted to have found her, but knew I had a huge challenge in front of me.

“The day of my first trip to Donegal and Ireland had arrived and, although excited, my nerves and anxiety were heightened. On arrival at the airport I immediately checked in and went through security, and upon reaching the duty-free section, within thirty minutes of my flight boarding, I drank two large glasses of wine and some miniatures of gin to steady my nerves.

“Once through boarding I lapsed into an alcoholic blackout – still walking and talking but not aware of my behaviour – with no recollection of my actions. I was horrified to learn that I had caused upset and alarm on the flight.”

Alison was arrested on landing and taken to Letterkenny District Court, where the case was widely reported all over Ireland and in her native Scotland which came as a huge shock to her husband and close family circle.

Following the surrender of her passport she was released on bail to attend De Exeter House for treatment which included intensive therapy and spiritual meditation.

When her case came before the court again last week Judge Paul Kelly ordered Alison to make a donation of €200 to the local St Vincent De Paul Agency.

The traumatic ordeal was the ‘wake-up call’ that Alison now freely admits helped change her life.

She will be kept under review and her progress monitored by De Exeter House in the weeks and months ahead.

“On the 30th June 2017, De Exeter House is hosting an Addiction and Mental Health Evening at the Radisson Hotel in Letterkenny at which I will be updating my ongoing recovery.

“My sincere thanks to Stobart Air, the Gardaí, the Court Service, and my legal representative, for their compassion, as they have all contributed positively to my journey to recovery…. a day at a time,” said Alison.

Stobart Air, which maintains the Aer Lingus flight between Donegal and Glasgow has no issue with Ms Devine returning home on its service.