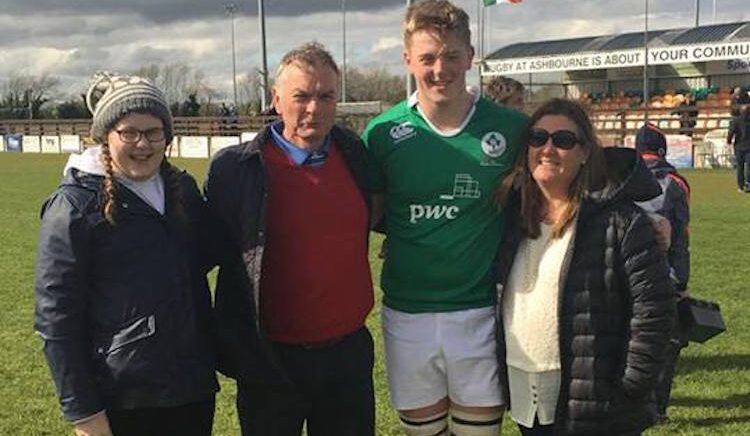 Letterkenny’s Conor McMenamin played for the Ireland Under-18 Clubs and Schools team in a 29-17 win over England Under-18 Counties at Ashbourne yesterday.

McMenamin plays for Letterkenny RFC and is a student at Coláiste Ailigh.

McMenamin came on as a replacement as Ireland scored a deserved win.

Backs Aaron O’Sullivan, Aaron Sexton and captain Bruce Houston all crossed the whitewash as the Ireland youngsters built a 17-0 half-time lead in sunny conditions at the Co. Meath venue

A Thomas Wane effort was cancelled out by full-back O’Sullivan’s second try of the encounter, but the England U-18 Counties side cut the deficit to 10 points (22-12) after Jack Granby had finished off a fast-paced move.

A well-taken score from O’Sullivan’s replacement Oran McNulty – Ireland’s fifth try of the afternoon – settled the issue late on before the visitors had the final say when winger Joseph Tresadern went over in the corner.