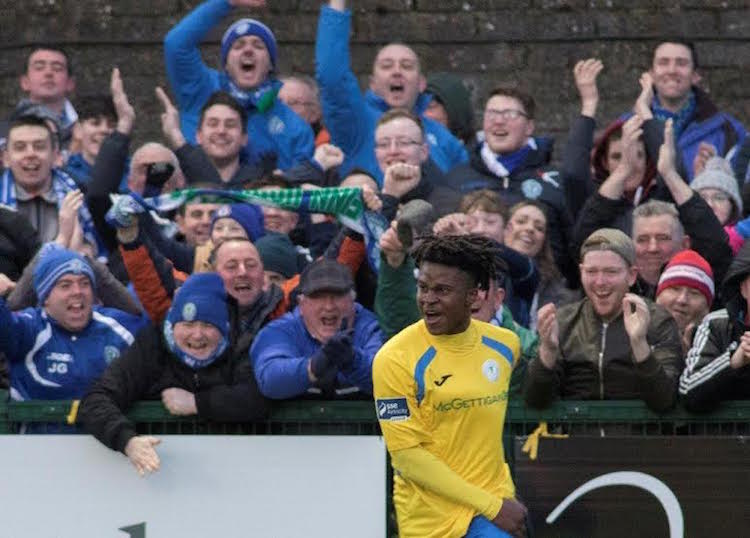 Banda came off the bench to turn in a Man of the Match performance on Friday night in the 2-0 win over Derry City.

The 18-year-old scored the first goal and it was from a saved Banda shot that Michael Funston netted the second, nine minutes from the end.

“He did well,” nodded Horgan in agreement, “but he needs to do better.

“Yeah, he showed well tonight, but he needs to do it consistently. I have no doubt that he can, but he’d need to play at that standard to keep his place in the team.

“There’s no doubt that there are opportunities there for him and a lot of other young lads with the injuries we have.”

Banda has played only 16 times for Harps, starting only five games. Friday’s was his fourth goal for the club – his first since that never-to-be-forgotten header against Limerick that took Harps into the top flight.

Banda admitted on Friday night that his ‘head was gone’ last season as he came to terms with his new-found fame amid studying for his Leaving Cert.

Given that Jonny Bonner – whom Banda replaced on Friday night – Paddy McCourt and Barry Molloy are on the injured list, the likes of Banda, Simon McGlynn and Gareth Doherty could come into the fold now.