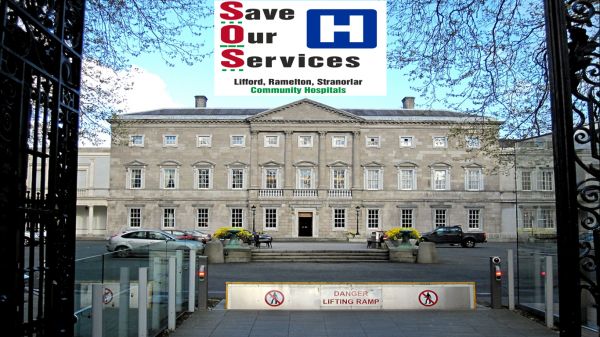 Call for HSE to clear up confusion over Donegal Community Hospitals

Senator Pádraig Mac Lochlainn has today written to senior HSE management in Donegal asking them to issue a public statement and clear up the confusion over the future of Ramelton Nursing Unit and the Community Hospitals in Lifford and St Joseph’s Stranorlar.

Senator Mac Lochlainn said he commended the community campaigners who have fought to save the important services at all three of these hospitals and nursing units.

He said the objective of their campaign has been clear; to save the services in all three communities.

He added that in common with other public representatives in the county, the Sinn Féin team of myself, Deputy Pearse Doherty and our county councillors have fully supported this campaign.

“Last week, Minister McHugh confirmed HSE investment of over €4 million into Ramelton Nursing Unit and St Joseph’s Community Hospital, Stranorlar and that a report on the future of Lifford Community Hospital was ongoing. If true, this would be very welcome news and a real victory for the Save Our Services campaign in the county.

“However, some campaigners have cast doubt on the announcement and have sought further clarification. I have now written to senior management in the HSE and asked them to issue a public statement, clarifying if the future of Ramelton Nursing Unit and the Community Hospitals in Lifford and St Joseph’s Stranorlar is indeed, secure and if so, how much money will be invested into them in to comply with HIQA standards, when those works will be commenced and when they will be completed.

“I trust that the HSE will soon do so and then we can all assess what further efforts may be required of the campaigners and public representatives in Donegal to save these services”.